The Neo Geo is a great arcade and home system but there’s a problem –  The home system and games are quite expensive, while the arcade boards are reasonable and the games quite cheap. The thing is an arcade Neo Geo won’t play on a regular TV, so it must be “consolized” 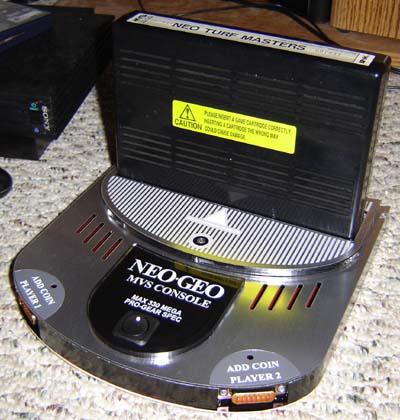 This console uses the last model Neo Geo 1 slot arcade board, the same board I used in my Neo Geo portable. The case is all brushed aluminum with completely pointless air vent slits. (It’s not like the 68K gets hot or anything) But they look cool!

Output jacks. It has composite, S-video and left and right audio (A hack is required to get stereo off this board) 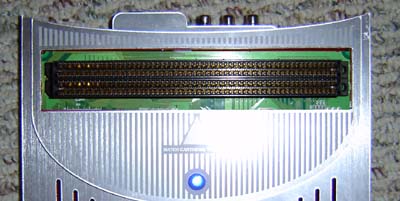 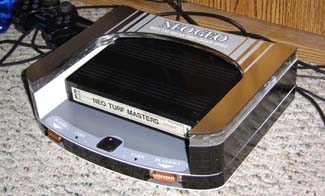 This one was a lot trickier due to the 1FZ’s massive size. Well, not massive when compared to say, an aircraft carrier, but pretty big compared to a MV-1C board! The case itself weighs a few pounds, and it’s quite hefty and solid. 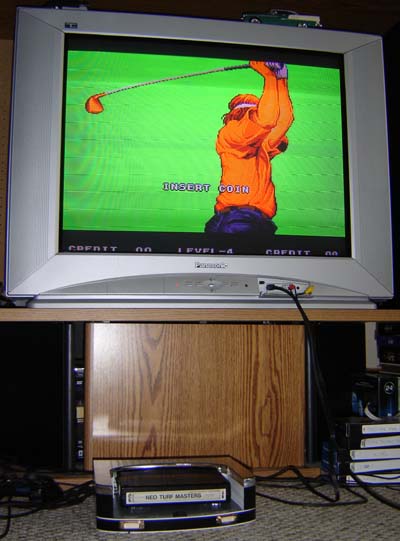 Here’s the unit playing everyone’s favorite Neo Geo game – Neo Turf Masters! Let’s all say it together – “ON THE GWEEN!” Buttons are provided on the unit for the “insertion” of coins. (Sorry, it doesn’t contain a coin box)