We’re back after missing a month in November 🙁 To make up for this, this final podcast of 2016 is extra-long and has a guest star Parker Dillmann from Macrofab!

You can check out Parker’s own podcast by clicking here.

Our extra-rambling podcast topics today are:

Topics this month include: 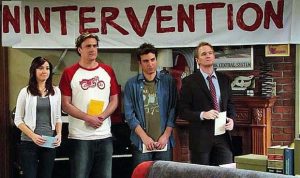 We’re back! Topics this month include:

We’re back again! Topic today include:

My hack pick this week (not that I manage to do this weekly but whatever) is Richard DaLuz’s “Super Genintari”: 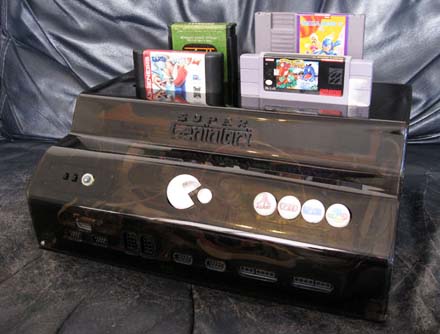 There was once a time when a person had to use separate consoles for playing their Atari 2600, NES, SNES or Genesis games… This filled the land with sadness, despair and an overabundance of power bricks, threatening the very fabric of the universe! (Or at least clogging up power strips)

But now, in this brave year 2008, Richard has come to rescue us all. The “Super Genintari” combines all these fine systems into one easy-to-use beast that goes great with any decor. (Includes giant glowing Pac-Man icon) I especially like the chunky solid selector buttons.

Click here to take a look at his site which contains more pics and a video of the unit in action. Swell work Richard!