This is the newly designed 2020 model of the PlayStation 4 Single Handed Controller which has the following new features:

The theory of operation is to move all controls to one side of the controller so a person who only had the use of one hand can access everything.

The secondary analog trigger has been moved to the lower rear of the controller so it can be actuated with your middle finger.

The secondary analog has been moved to the bottom of the unit and enclosed inside a protective 3D printer shaft, which also doubles as an extended palm grip. For the left-handed controllers it is the right analog that is moved to the bottom (camera movement / aiming). For the right-handed controllers it is the left analog that has been moved (character movement). 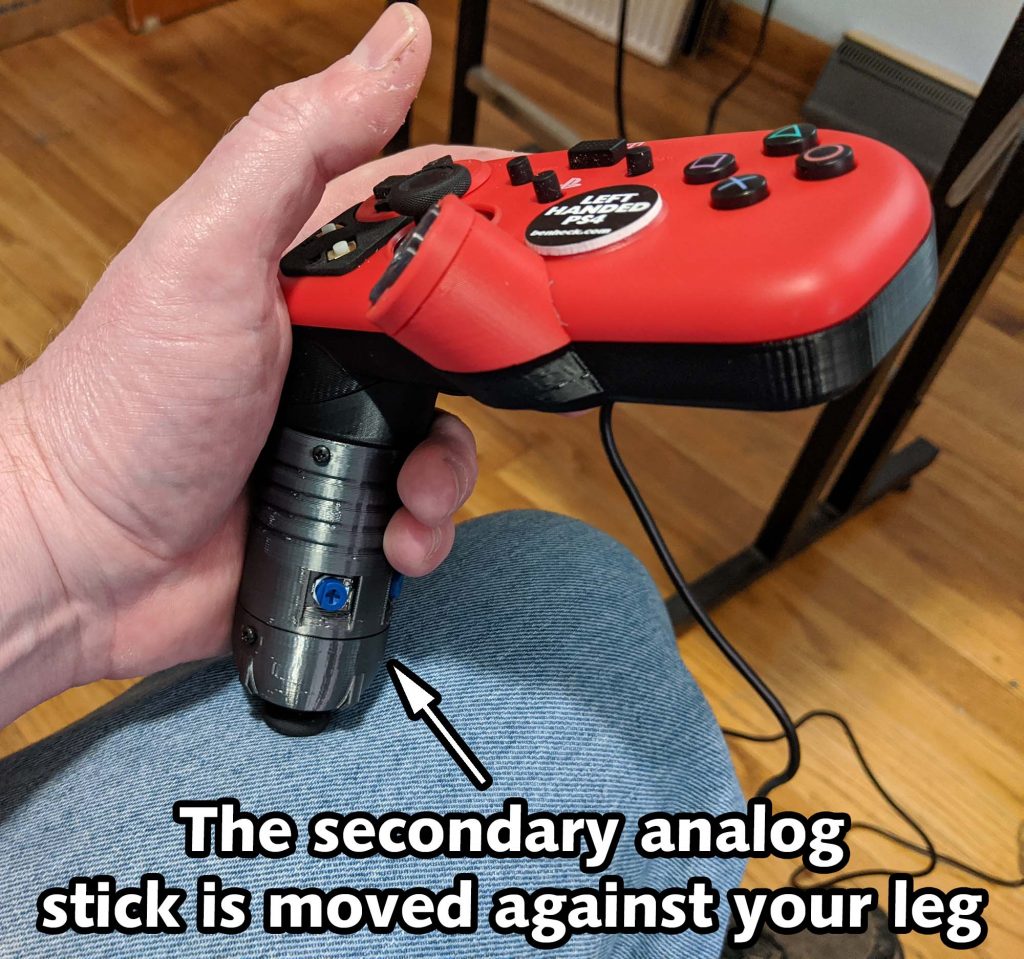 To move the secondary analog you actually tilt the controller itself, which in turn moves the analog stick using your leg as a pivot point.

Product detail photos below. Click on any photo for a larger view. Color of controller may vary. 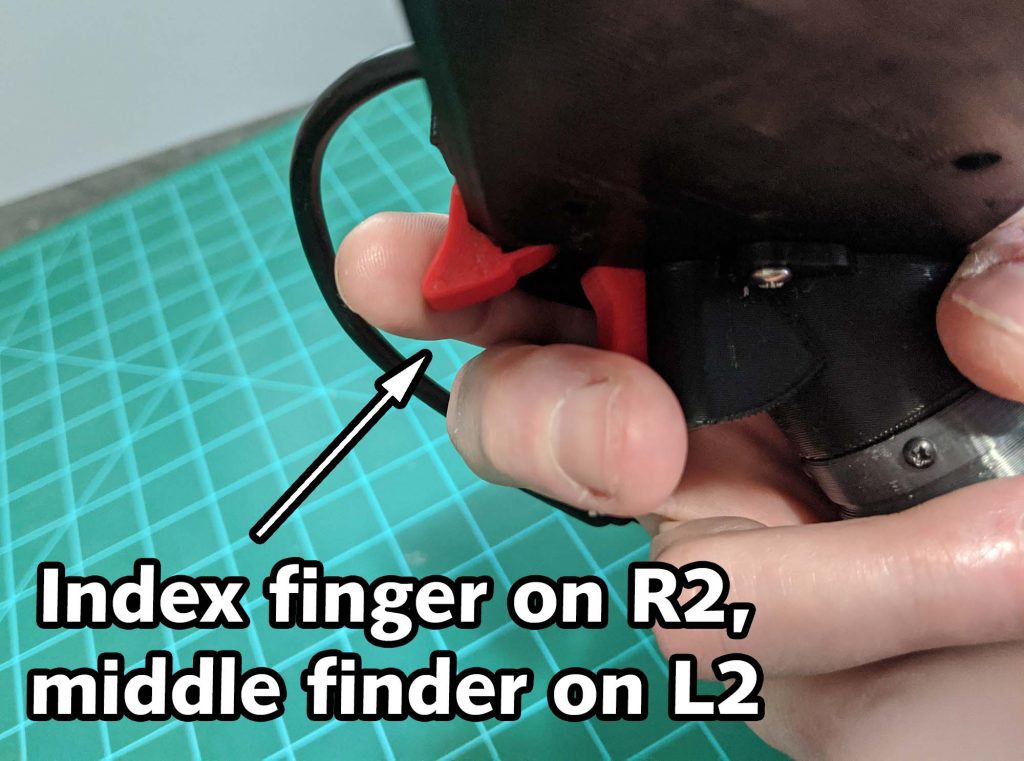 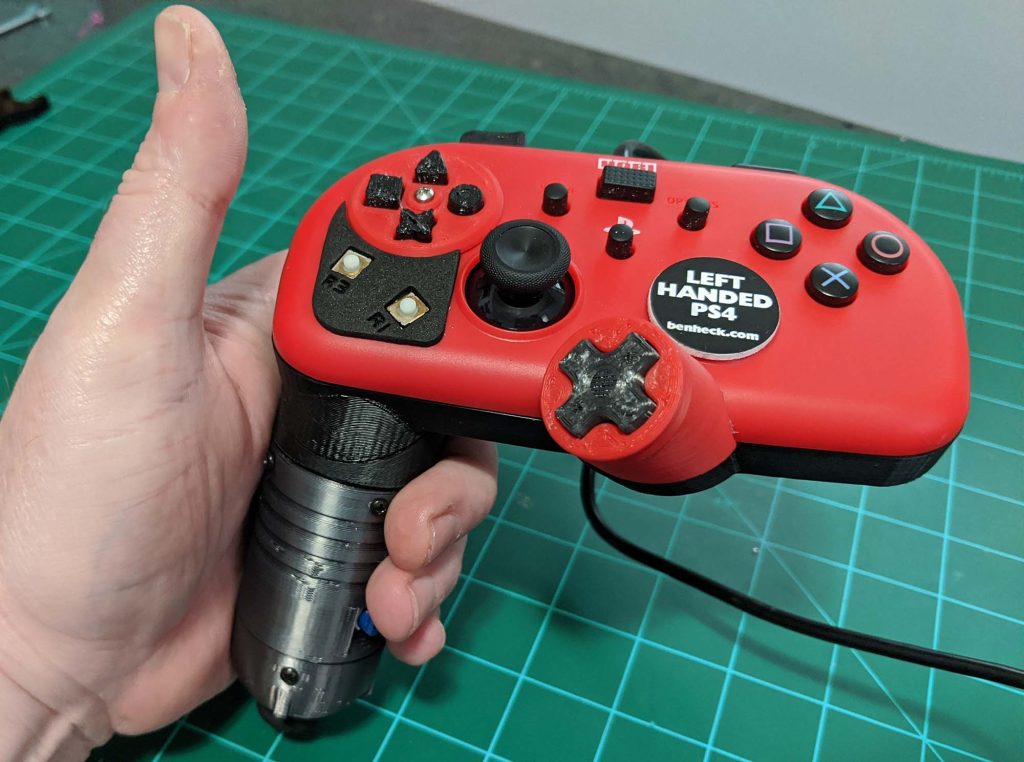 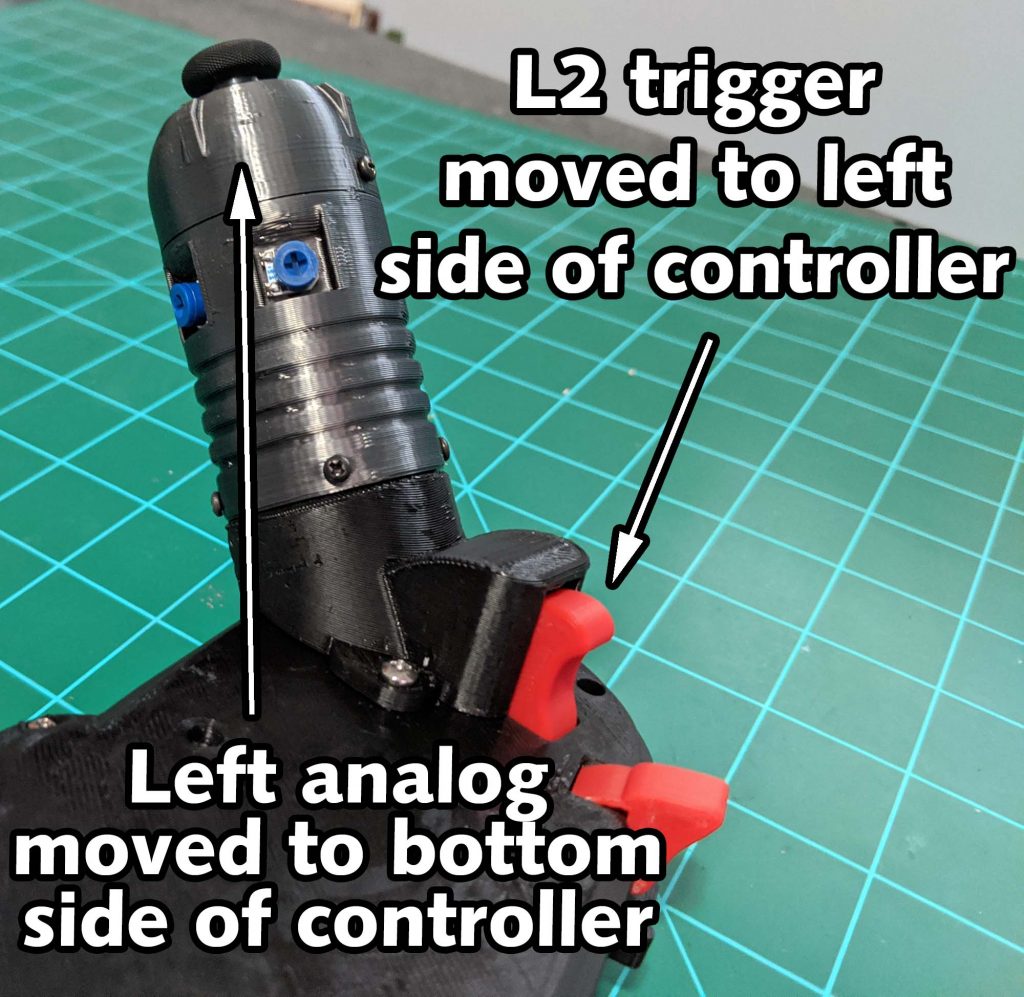 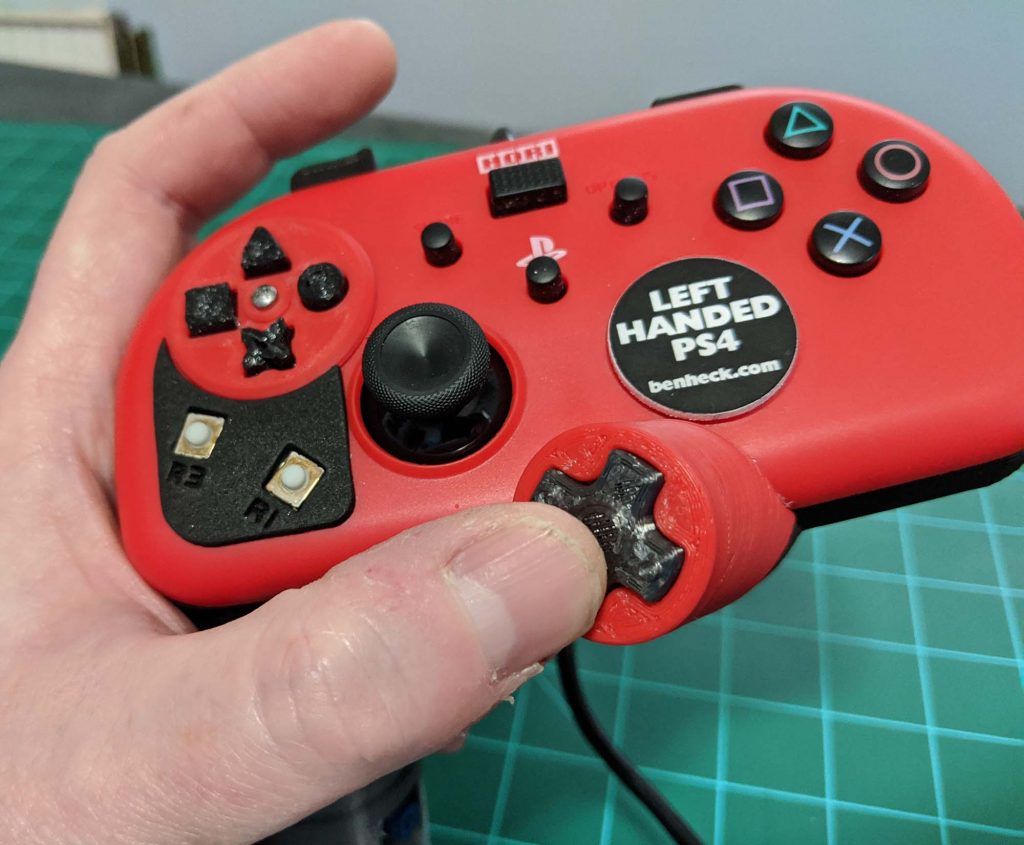 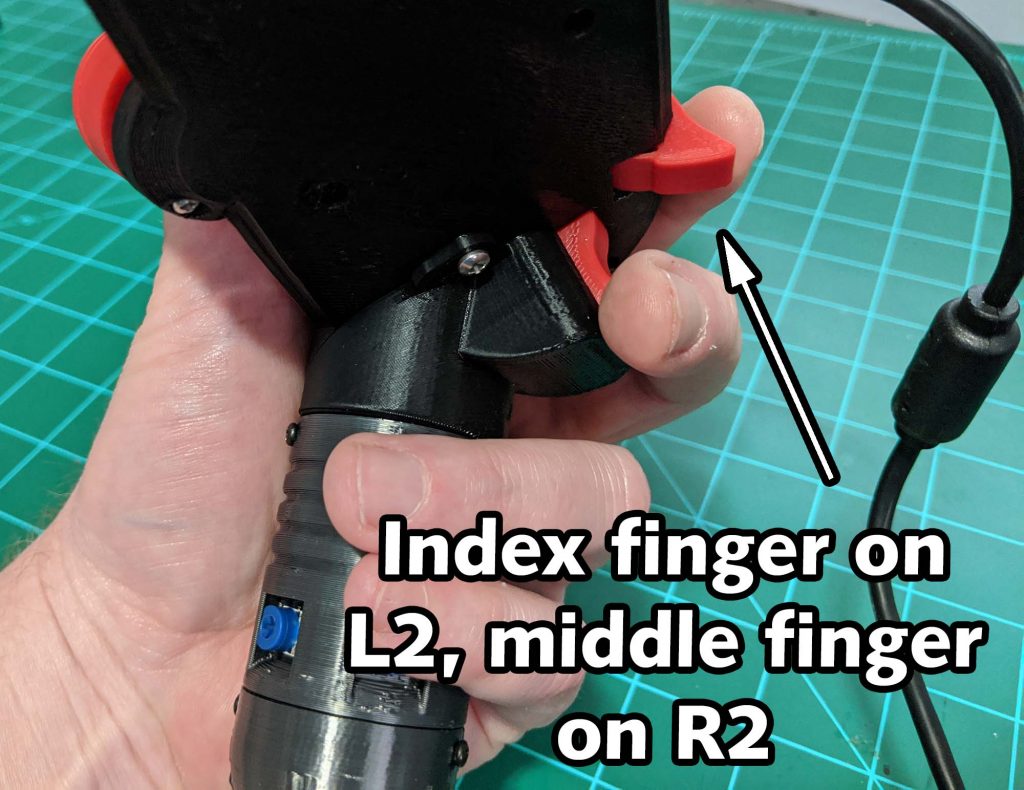 Setting up the lower analog adjustment knobs using the controller, a micro USB cable and a Windows PC. (Video shows the Xbox One version but the analog adjusting works the same way)

I documented myself building these controllers. Check it out below!