No Jones this time, so Parker and I discuss engineering topics:

We discuss the Amazon Alexa

a lot in this episode, so if you have one and are listening with speakers

, probably should mute it 🙂

We ramble more than usual this month! Topics include: 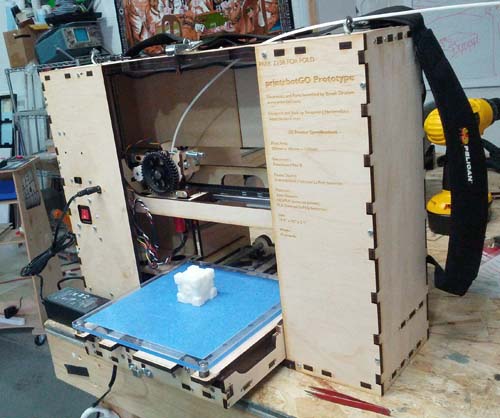 printrbotGO and a Companion Cube. Click for larger version

I just can’t stop building portable 3D printers! Check out my new printrbotGO – an all new design in collaboration with printrbot.com

The goal here was to create an interesting, functional, sturdy design and then have it be available pre-built or as a kit. This is the first prototype and will be demonstrated at World Maker Faire New York weekend of September 28th – 30th.

For lots of build photos and more details, click below!

END_OF_DOCUMENT_TOKEN_TO_BE_REPLACED

This episode was a doozy. I had roughly 2 weeks to design and build a custom 3D printer and get it to print something.

But I did – by the skin of my teeth – and you can watch the process by checking out episode 19 of the Ben Heck Show. Enjoy!