Almost to 100! It only took us 11 years… Joining us once again is Parker Dillmann from Macrofab!

In today’s timely episode, we’re not going to speculate on new products like we normally do. Nonsense! Rather, we’re going to report directly on what we’ve played right here at E3. Highlights include:

…and, in a rare case of me liking something from modern Nintendo…

Also includes impressions of Rock Band 3, OnLive service, Nintendo booth’s resemblance to a strip club and much, much more. 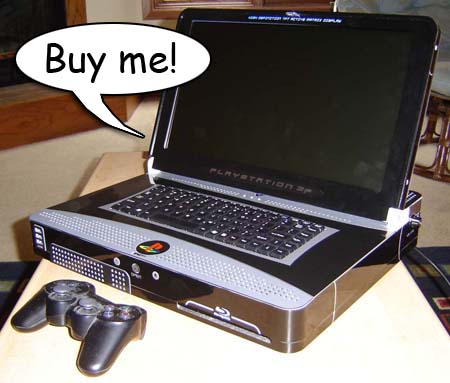 Now’s your chance to get a one-of-a-kind Ben Heckendorn creation! Engadget is sponsoring an auction to sell the PS3 laptop I built, with all proceeds going towards the National Cancer Coalition. Click here to check it out, and place a bid if you so desire.

It’s for a great cause and it’s also a sure-fire way to get a Benheck product – without having to email me 79 times that is! Happy bidding…