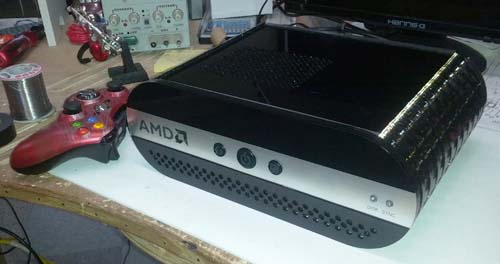 My idea of a “Steam Box”

Last winter I built several projects for AMD to highlight their new line of APU’s (Accelerated Processing Units) which are combination CPU’s and graphics card on a single die.

Most of the projects used concepts from AMD, but for one showcase item I got to build “whatever I wanted” so I took a crack at my rendition of a living room PC that could function as a “Steam Box”. Please note this isn’t associated with Steam/Valve, rather it’s my own concept of how a living room “Steam Box” could be put together. 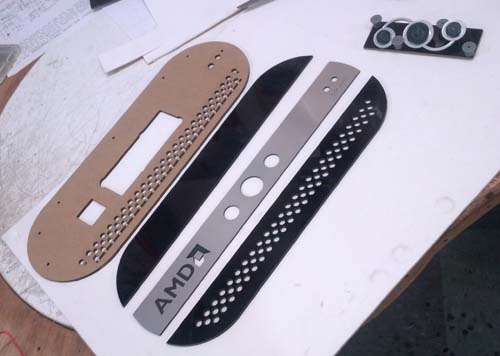 I wanted to go with an oval, bisected design. Using my Epilog laser, I cut front plates with a horizontal motif (yes I just used the word motif) The middle is brushed aluminum plastic (still a favorite of mine after all these years) and the rest was opaque black acrylic. 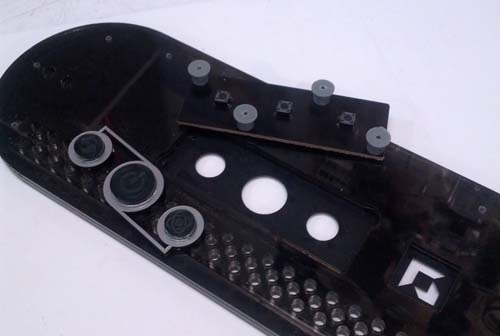 Behind this front panel I place custom buttons, using 3D printed standoffs. The AMD logo glows green when the system is on. There’s even a sync button for the integrated Xbox 360 wireless controller dongle. 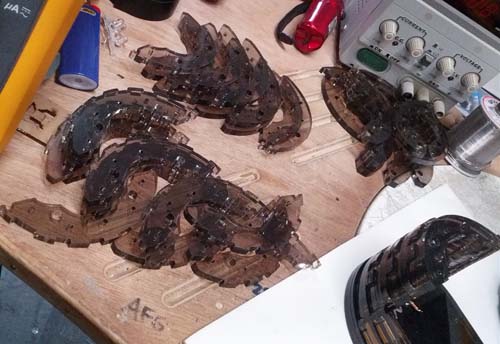 If you tried to buy 6mm thick smoky acrylic plastic in the Madison, WI area in May and wondered why it was out of stock – I bought it all! The entire length of the case was an interlocking series of ribbings. They were screwed, not glued, together for no mess and to keep it very straight and level. 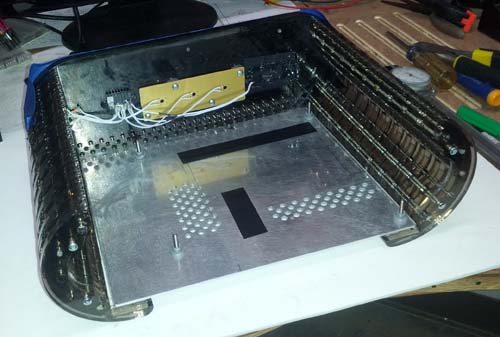 In this rear view you can see how the ribbings interlocked. The base of the unit is a milled aluminum plate, to hold the MSI FM2-A75IA-E53 FM2 motherboard I used on all my AMD projects. The processor was an A-10 5800K. 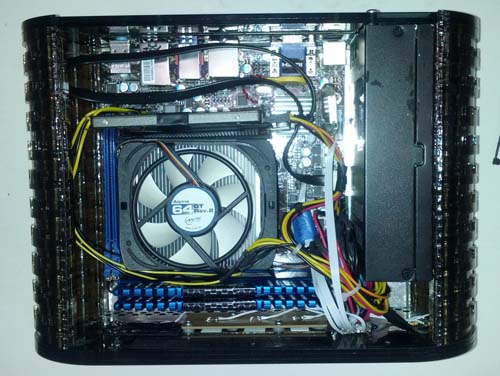 System has 8 gigs of RAM and a 128 gig SSD. Power supply is my beloved Apevia 250W Mini ITX, which I won’t supply a link to out of selfish greed. 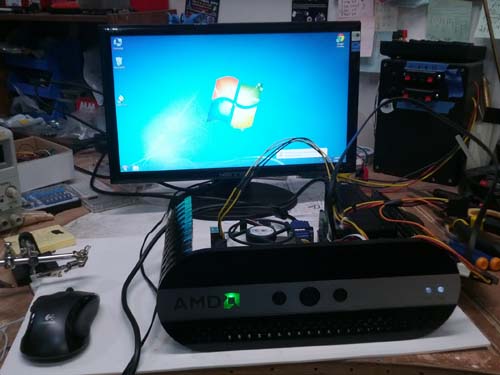 Testing out the box. I sliced up an Xbox 360 disc case to get the green for the AMD logo. 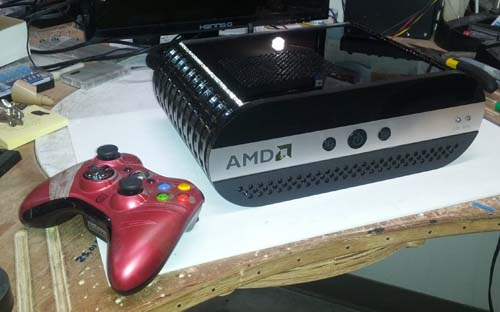 A black plastic lid slides on from the back to enclose the unit. The Xbox 360 wireless controller dongle is connected to an internal USB, and its “sync” button/light is broken out to the front of the unit, along with the Hard Drive activity light. 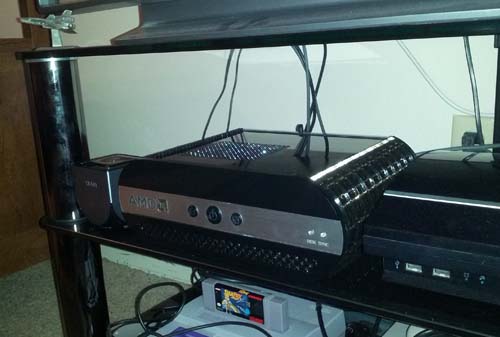 My design goal was “something that would look awesome on my entertainment center”. I put it there long enough to get a photo, then sent it on its way to AMD.

Very rarely do I finish something and want to keep it, this was one of those times. Guess I can just build another one!