So it has come to this – a tutorial for modding my own product! 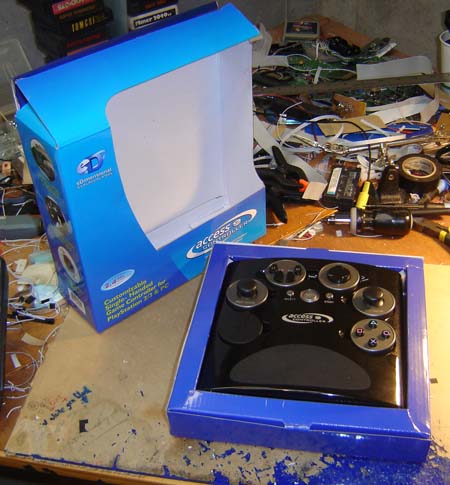 In this article we’ll discuss how to mod the PS2/PS3/PC production model of the Access Controller to add you own custom controls such as foot pedals, extra buttons, etc. You could also build it into a MAME cabinet, use it wirelessly with a PC, all sorts of stuff. Instructions begin below, enjoy! 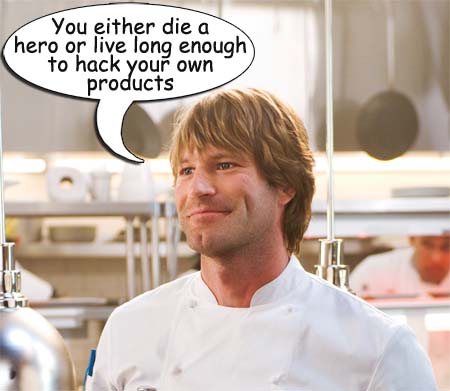 Words to live by.

Before we start, here is the address of the coolest web site ever: www.digikey.com. That place rocks, and it’ll have everything you need. Some people prefer Mouser.com, and it has no $25 minimum order, but it’s much harder to navigate.

At this point, normally, I would describe how to take apart a product, but you don’t even need to disassemble this thing to add functions! 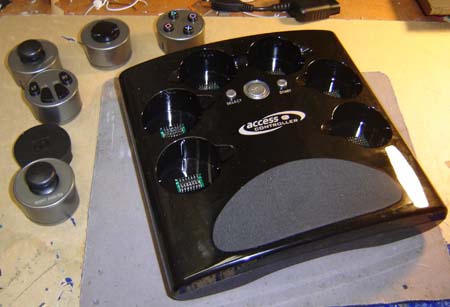 Each of the module slots contains all the pinouts you’ll need. You can pull it apart anyway, if you wish, and it will look like below: 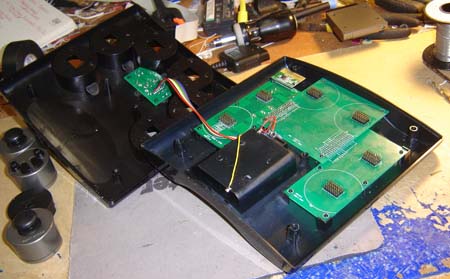 But you don’t need to. I did because, well, that’s what I do. Moving on… 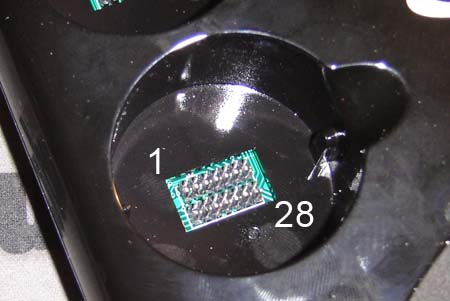 Here’s a close-up of a module slot and the pin numbering I have assigned to it. 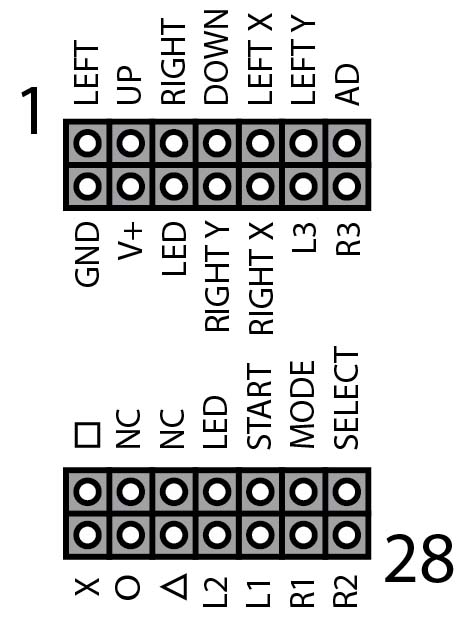 This large diagram is the pinout, laid sideways so it is less confusing, though harder to read. For some of you this might be enough, but being the kindly web-dude that I am I shall explain how to wire things to this:

First of all you’ll need a connector for this, specifically two 7×2 female 2mm pitch headers. (For a total of 28 pins) You could rip apart one of the modules but that would be kind of lame when you can just order one:

Mouser Part #: I couldn’t find one, despite the fact that their search system is somewhat improved from where it used to be. Search terms: 2mm pitch, header, receptacle, 14 positions, 2 rows. Good luck.

For the purposes of this how-to “buttons” refer to everything on the controller except the analog sticks. This includes the shoulder buttons, which

For the switches/buttons themselves you have a lot of options. Any old switch will work, but personally I am rather fond of tact switches. These are easy to use, have a distinct “click” so you know when they’re engaged, and most through-hole models have a simple .1″ based pin pitch that fits pre-drilled Radio Shack-style PCB’s. The most common size is 6x6mm, with a height of 4-5mm.

For meatier applications, such as a foot pedal or arm actuator, I suggest a Cherry-style microswitch… also called lever switches, limit lever switches, snap action switches and variations thereof. “Cherry” is a brand, but like Jello, Band-Aid and SPAM, it’s often used to describe anything similar. 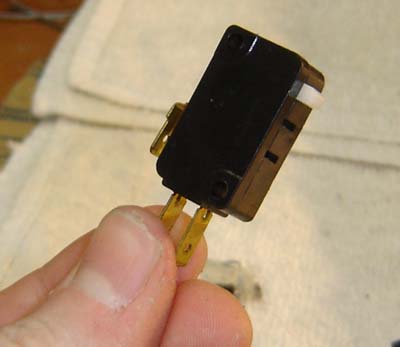 You’ll note that a microswitch usually has 3 terminals, labeled COM, NO and NC. This is common, normally open and normally closed. For regular switch use, use COM and NO.

The circuit for wiring all of the buttons, d-pad and shoulder triggers is quite simple, as shown below:

Pretty simple stuff, until we get to the analog sticks at least.

Connect the appropriate pin from the module connector to each switch, and the other end to either the “AD” connection for the main buttons, or “GND” for the L3 and R3 button (the buttons when you push in the analog sticks) Please note that AD is not the same as ground, so this doesn’t wire up as an Xbox 360 controller would for instance. You may wish to wire the L3 and R3 buttons (the buttons when you “push in” the analogs) separately, or leave them with the analogs.

The main thing to check is the total resistance of the potentiometer (as measured by testing the 2 outer pins with a multimeter). The analog stick needs to be 10k ohms resistance – luckily this is quite common and is found analog sticks from PS2, Xbox 360, Gamecube and most other controller. (You can order one off Digi-Key, part #252A103B60NA-ND) For our example we’ll show the analog stick from the Access Controller itself.

The analogs work by measuring the position of both the X (left and right / horizontal) and Y (up and down / vertical) potentiometers. The above and below photos show how the pins from the potentiometers are attached to the module slot.

Whichever analog stick you use you can wire it up this same way. Note how 2 of the pins on each pot both connect to AD. The remaining 3rd pin is the “sense” pin and connects to the X or Y position on the module slot for each of the analogs. 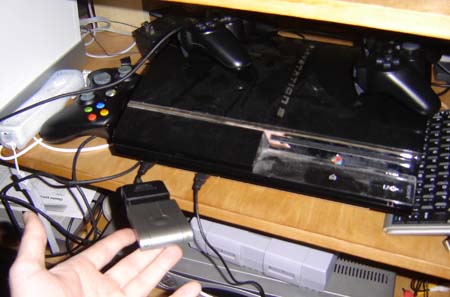 Plug the wireless dongle into the included USB adapter for PS3 fun and action! Hint: when using a PS2 controller on the PS3, the “Mode” button is the same as “Home”. Be sure to plug the dongle/adapter into the PS3 before turning on the controller. 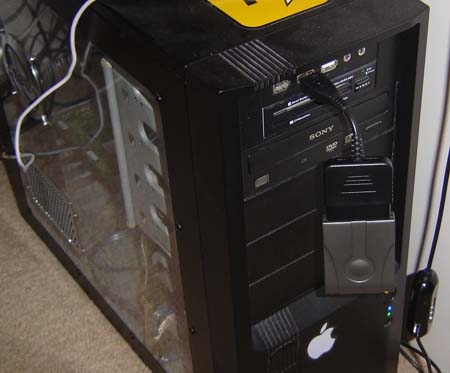