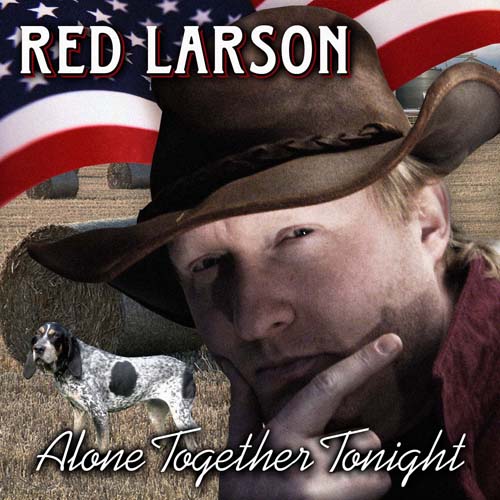 Madison, WISC. 2011 – Wisconsin might not be known for producing many country music stars, but Red Larson’s new release might just change that. Alone Together Tonight, the first LP by new-to-the-scene Red Larson, shows chops that the singer cultivated on the Karaoke circuit. The release will be available on Amazon, and iTunes Tuesday, April 19th. To show their support, subscribers to the Ben Heck fan club will be receiving pre-release digital copies two weeks early though. 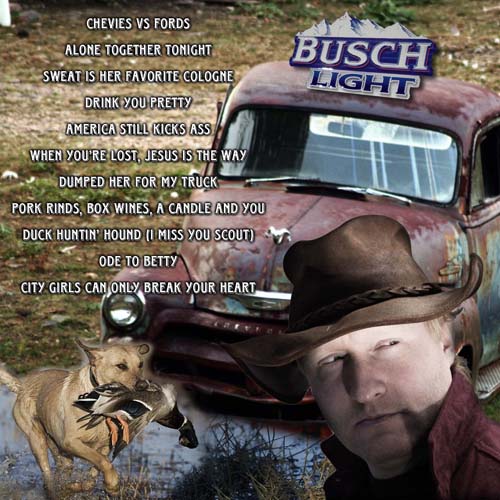 “It’s been something that I’ve always wanted to do, and now I finally get to put this sucker out,” says Red Larson (known to most as Ben Heck). “I think people who know me best, will understand the moniker, but basically, it’s the persona that I conjure from somewhere inside whenever I step on stage. Also, I thought, crap, if Chris Gaines can do it then why can’t I??”

Ben continued on to remake, “To create a successful country album I stuck with what works best – songs about America, church and how it’s OK to be a redneck. In the end it’s all about what sells”.

“We’ve been helping Ben, er Red, plan this release for the last 8 months, ever since we started working with him on The Ben Heck Show,” says Matthew Day, CEO of Silverfox (agentsilverfox.com), the advertising agency promoting the release, and the Ben Heck Show.  “We’ve been fans of Ben for years, and seeing the sheer number of things that he excels at kinda prepares you for finding out that the guy can actually sing too. We couldn’t be more proud to help him promote this latest effort.”

Fans can continue to receive updates on benheck.com, and twitter.com/benheck.
Want to discuss a project for your company, personal use or promotional needs?