Sifting around through files this evening, I had the notion to upload my independent film scripts to the “Movies” section of this site. You can now read the original text for “The Adventurous”, “Lizard of Death” and “Port Washington”. (My indies before those were done on this stuff I believe the ancients called “paper”…) 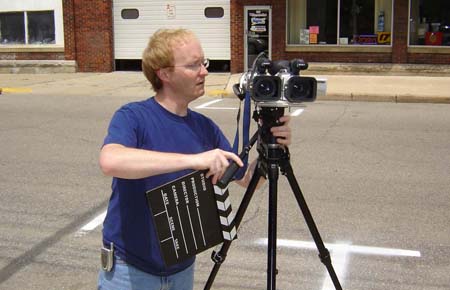 A 2007 behind-the-scenes photo from one of our many movie concept tests that haven’t come to fruition.

They might be of interest to anyone who has seen my films and would like an idea of the writing process that went into them. Warning: none of them are done in the correct screenplay formatting, something I didn’t get into until after Port Washington. Also – like my modding projects – no incomplete or work-in-progress scripts are available. So in their place I threw on the above photo, to confuse and confound you all.