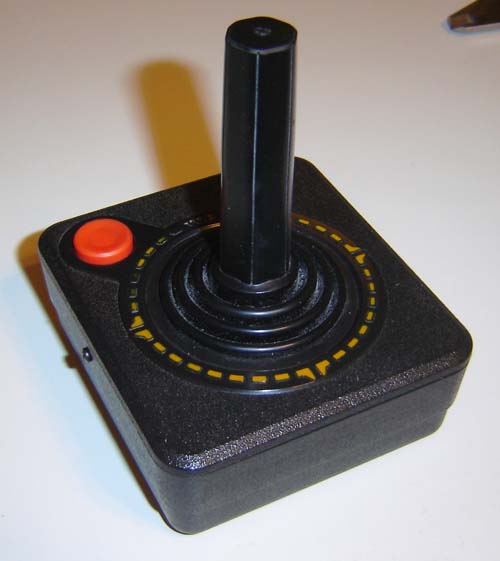 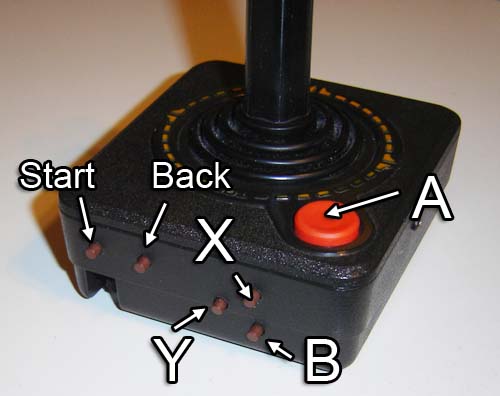 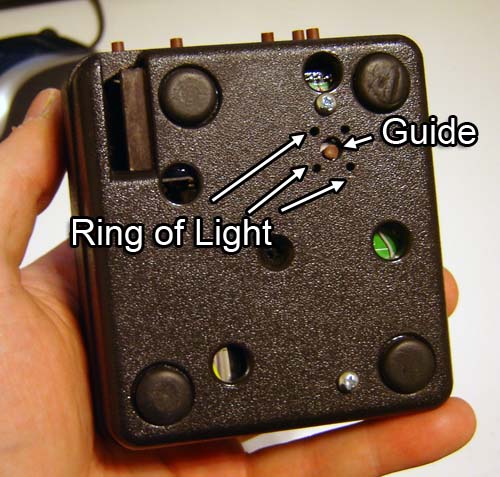 The bottom of the controller. The “guide” button is recessed so you won’t accidently hit it during an intense round of whatever it is you’re playing. Small, precisely drilled holes flank it to expose the fabled “Ring of Light”. 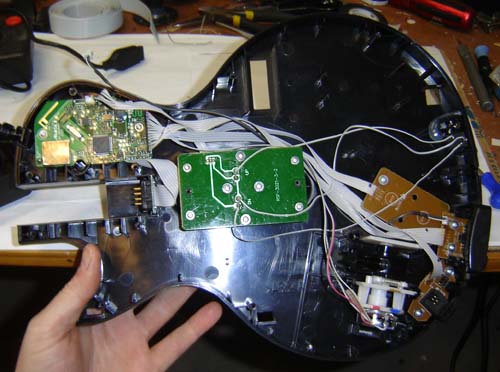 The 3600 controller was accomplished by using the guts of not a normal 360 controller, but those of a Guitar Hero 3 controller, of which I still have several laying around, many months after the fact.

There’s a lot of stuff inside this guitar but all we really need is the “brains”, the circuit board on the upper left. This will easily fit inside of an Atari 2600 controller and give us pinouts to the most useful buttons. 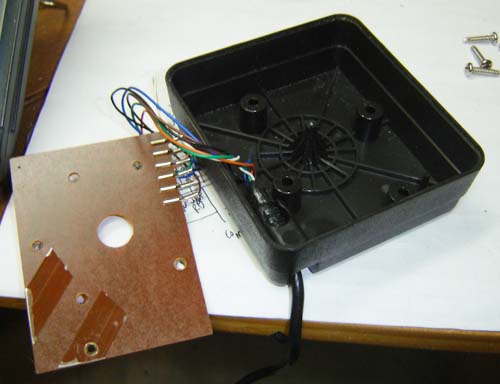 Also shocking is that I have innumerable Atari 2600 joysticks laying around. (If you are in the Verona, WI area and want free crap, by all means, stop by!) I decided to use the original circuit board for the joystick, and mount the Xbox 360 stuff below it. 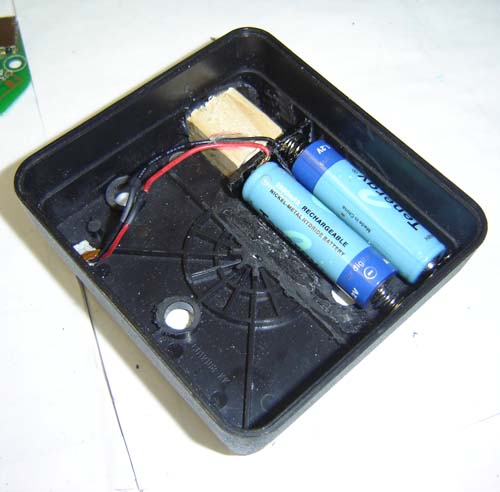 Base of the joystick with the batteries installed. It took me a whole episode of Law & Order to Dremel out the surfaces enough for the batteries to fit with the top of the joystick installed. See, I’ve got a TV on my workbench and that’s how I time things – by how many episodes of Law & Order it takes. Or, in the daytime, Charmed, not that I would ever admit to watching it… 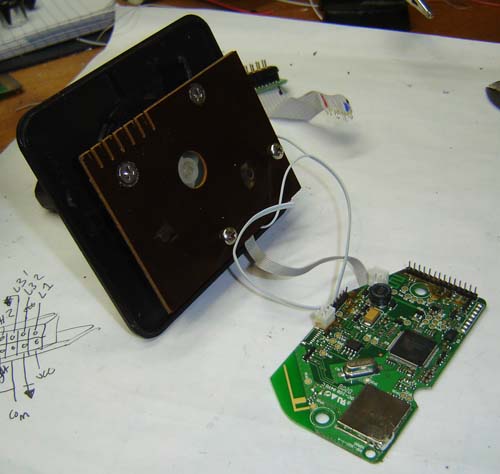 Original joystick PCB attached to the PCB of the guitar controller. I used thin ultra ATA wire to make these connections so the whole thing would be easier to cram together. The D-pad from the guitar is mapped to the Atari joystick. Although the standard D-pad on an Xbox controller is all but unusable (sorry MS) most arcade games still map to it, making it – or rather the pinouts – worthwhile in this application. 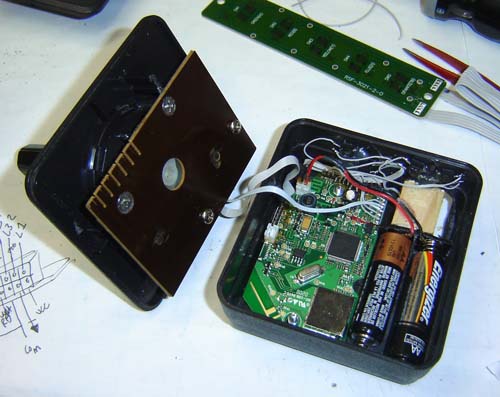 Here’s both sides of the joystick with the guitar PCB, batteries and everything installed. It’s all fairly compact, though because I stuffed the back full of components the top half of the joystick will have to be secured into place by side-mounted screws in the final unit. 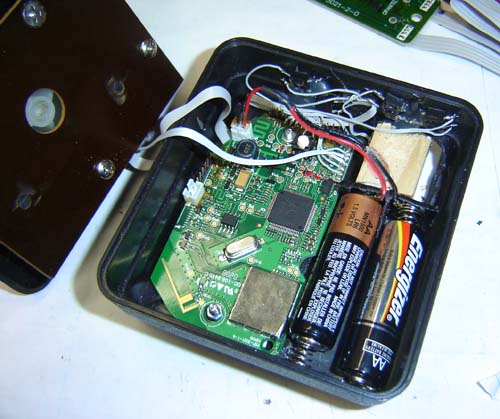 Well that’s all I can say about this project. Catch you next time…