I was going through some files on the computer when I came across an old crappy scan of a photo. I then realized I probably still had the original Polaroid, dug through the filing cabinet, sure enough found it and rescanned using my ultra modern 2001 model Scanjet so it’d look slightly less crappy. 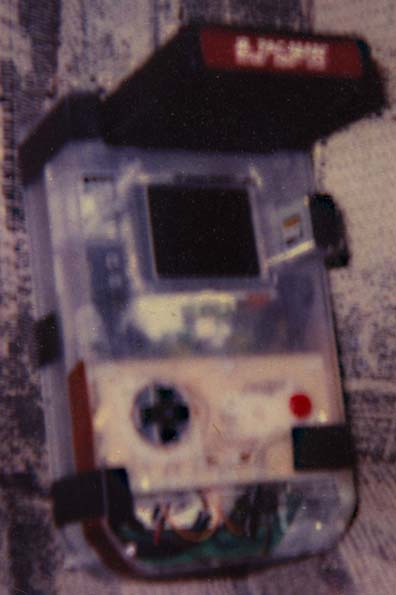 This is the original prototype Atari VCSp Revision 1, dating from March of 2000. As you can sort of see it was routed from clear acrylic, I painted it black later. The deal was the rear half was correct but the front was not quite right. Still I slapped it together just to see what it would be like, and this is the result. Note the very professional electric tape holding it together – my hot glue gun musta been in the shop that day.

At the time I was writing the script for “The Lizard of Death” so it wasn’t until a month later that I rerouted the front piece and finished the unit as we all know it today. Still, ah… those were good times! You can check out the story of the original portable project I ever did by clicking here.