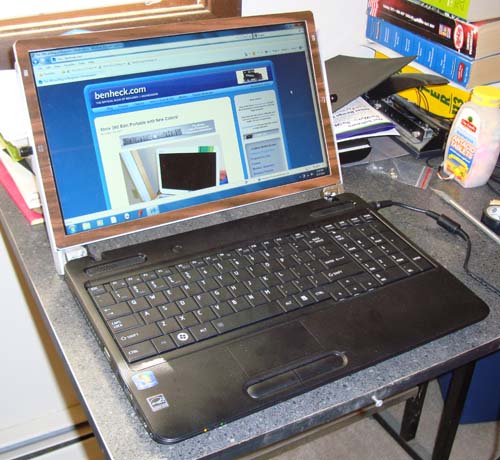 Ever try and use a laptop in coach? It’s pretty difficult, especially if the jerk in front of you leans back.

No longer! For Episode 5 of the Ben Heck Show we built the “Coach Section Laptop” – a modified Toshiba Satellite that can transform to fit your needs! 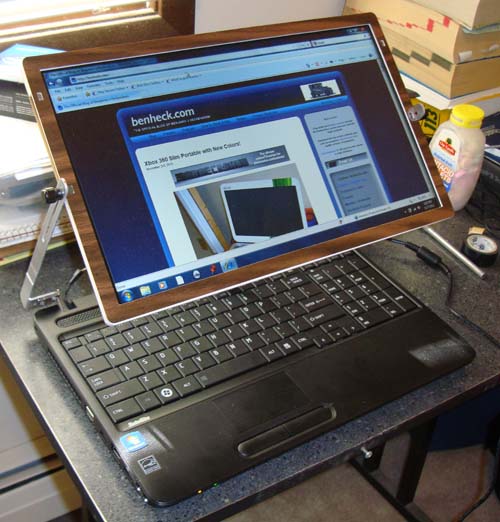 Sha-zam! The rebuilt screen portion has sliding arms that let you move the screen closer to you, and knobs to lock it into place. You now type “under” the screen, allowing you to look busy on the airplane to impress other people even though you’re just scrolling up and down the same spreadsheet for hours. If your flight has WiFi, you can also order things from Sky Mall while in the sky. All it needs now is a cupholder for your half can of soda.

For some more pics and a video, check the rest of this article. To see how we put this together, don’t miss Episode 5 of my show airing Monday November 8th! 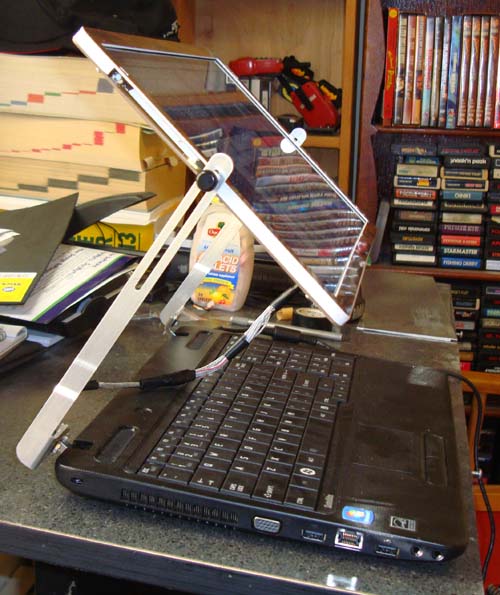 Side view. The cord isn’t as long as I had hoped, but this was as far as I could extend it without losing signal. I’m sure a company could build it into the arms with no trouble. 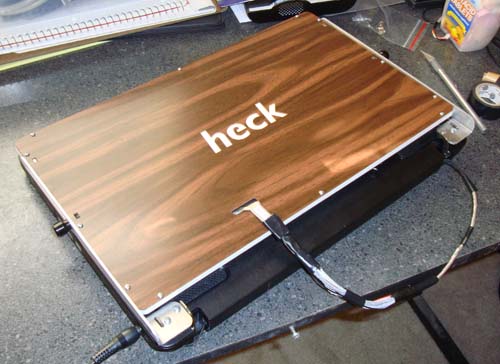 The back of the LED-lit screen is also illuminated, which I used to make a glowing “heck” logo, which is automatically 10,000X cooler than a glowing chuck of half-eaten fruit. 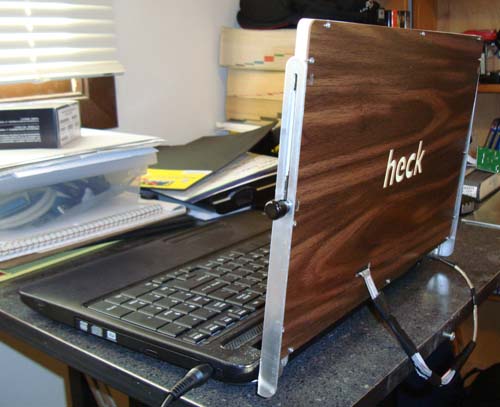 Side / rear of the unit. The arms are.080″ aluminum with slits down the middle. Size 6 screws are attached to the LCD portion and are tightened by the black knobs. This is actually an improved revision since we filmed Episode 5 (it did not have the slits then and was much harder to use).

Again, to see how we put this together and the wiring challenges, check out the latest episode of The Ben Heck Show!