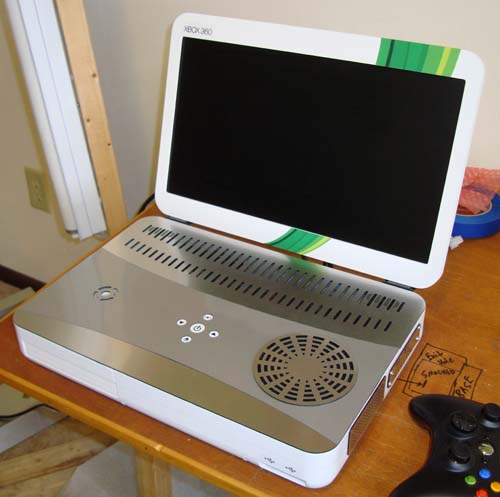 Have you noticed the new branding of the Xbox 360? I have, so I made my latest Slim Laptop match! It’s an all-white shell, with metallic insides, but has the new “green swoosh” colors that you see on all the new games and packaging. 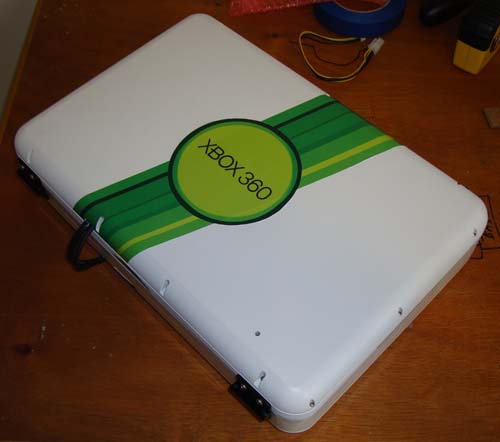 Other than that, it’s the same as the last 360 Slim portable I built, with the exception of the Power and Eject buttons which I made back into regular buttons.

For more pics and a video, see the rest of this article.

The colors swoop around the back a little bit. I copied the pattern from “Fallout: New Vegas” (the bugs that happen in Vegas, stay in Vegas). 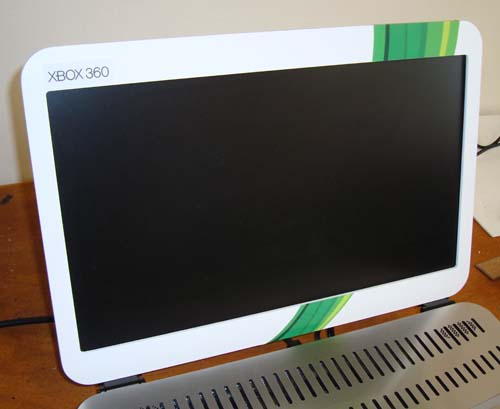 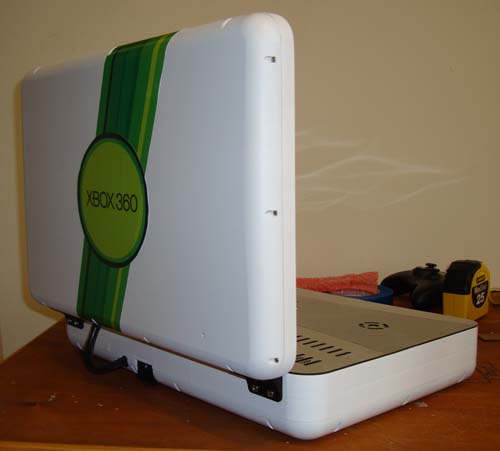 Unit opens like the others via McMaster-Carr friction hinges.

Of course the next step will be to build one of these with a built-in Kinect camera – so stay tuned for that not-so-shocking revelation!