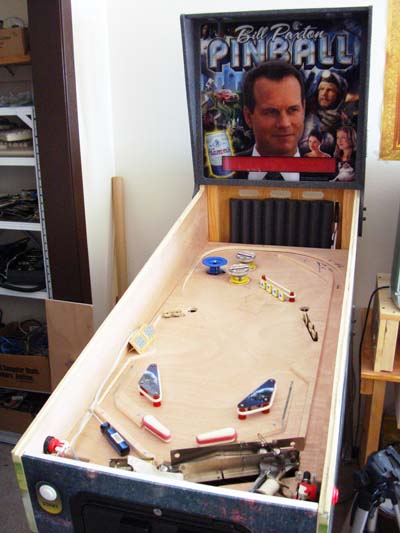 The finest in American engineering and pinball amusements.

Been kind of slow lately (could the recession be catching up to me?) so I’ve made a lot of progress on Bill Paxton Pinball. Features now include:

In some sad news, there will come a point where updates on BPP come to a stop as the unit nears completion and I’ll want to keep its final look a secret until the reveal. This will probably happen when I put the main artwork on the playfield. However the goal still is to have this done in time for the Midwest Gaming Classic 2010 in Milwaukee Wisconsin, so it’s playable at our booth.

Again, this is being done as a personal “fun” project and is not for resale, however if you’d like your own custom pinball made I would be willing to discuss ideas. I may create a “kit” of the circuitry when it’s all said and done.

More info and video after the break!