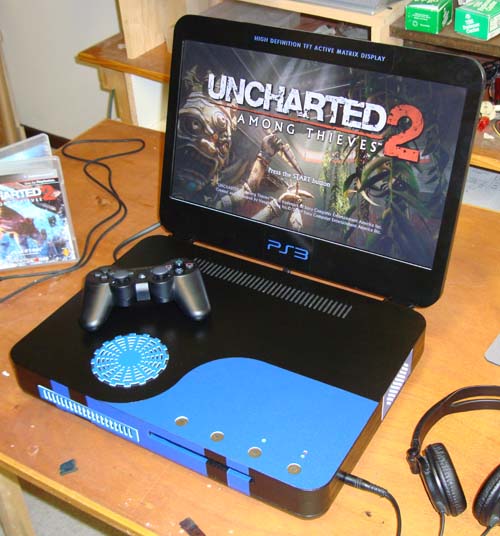 Making a PS3 laptop really wasn’t an “uncharted” course for me.

Here it is, a new PS3 Slim laptop and this time it’s black! With blue accents. Specs:

You can check out more pictures and video below. Remember, if you have a crazy idea and the money, I can make the time! 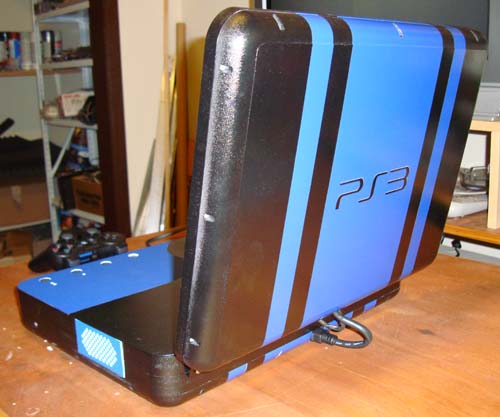 Rear view with the unit open. This one has a detachable HDMI cable so you can disable the built-in LCD and hook it to an external source. 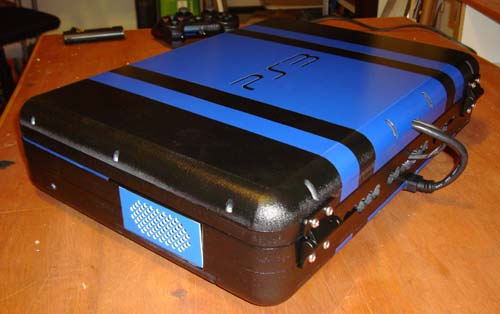 Same view, unit closed. Once again I’m using McMaster-Carr friction hinges. Expensive, but they work great. Gone are the days of me “rolling my own” hinges. “Don’t build what you can buy” (except for pinball machines of course) 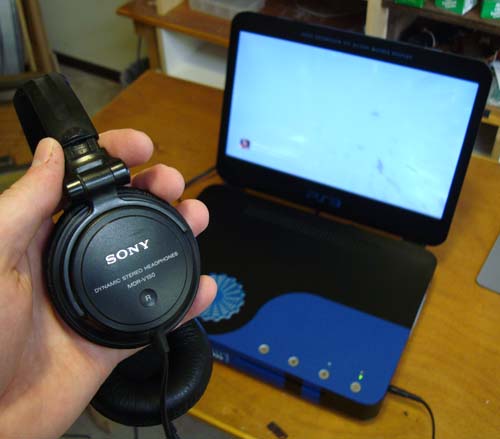 Headphone jacks are something often requested that I often forget to include. Not this time! Now you can play LAIR discreetly without disturbing others. 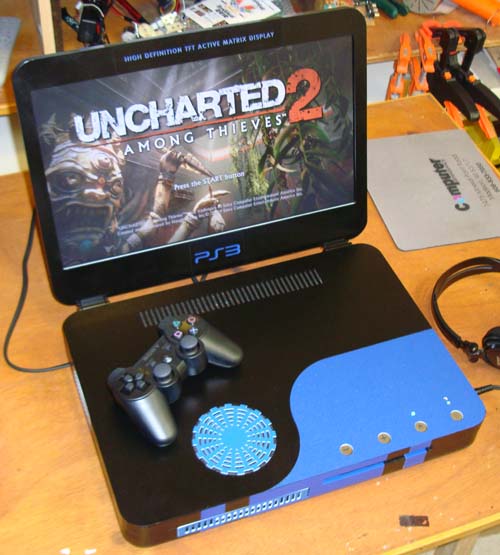 The shape of the main air vent is a direct result of me watching my “Iron Man” Blu-Ray too much. It also kind of has a “ying yang” look and – like most of my stuff – uses the number 42 and the Golden Ratio whenever possible. 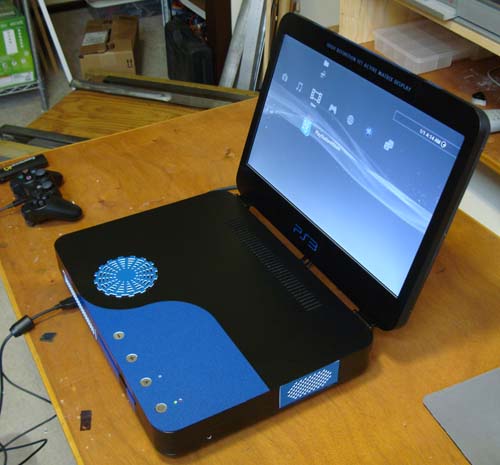 The new stylish black look allows it to collect as many fingerprints as the original PS3! Now how much would you pay? Operators are standing by (in seats). 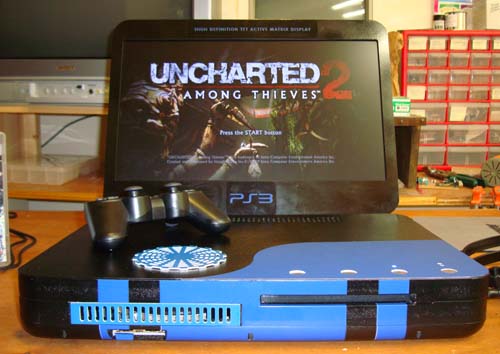 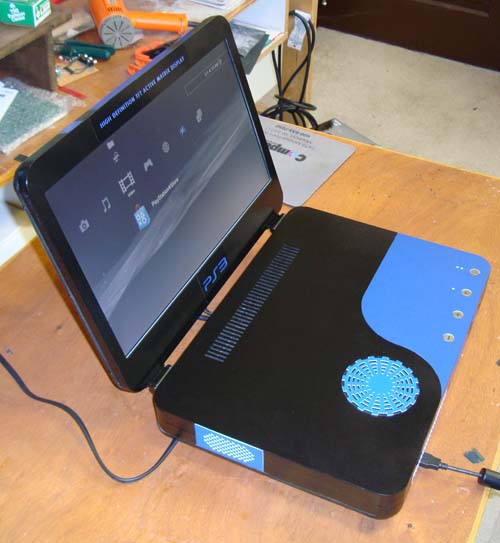 I can’t wait to get an Xbox 360 Slim. You know they’re coming. I went into Best Buy at opening the day the PS3 Slim came out and bought one before they were even put on the floor and took it apart 1 hour later. Same thing’s gonna happen with the Xbox 360 Slim.

“Never Do On A Computer What You Can Start With Paper!”

Largest part is the LCD screen so it dictates everything else. In the above sketch I’m figuring out the minimum extra space the case needs around it while still having screw fasteners and stability. But much like the windshield in a car, the LCD provides much of the stability itself.

Layout of the 4 buttons (volume up/down power & eject). As you can see, things like buttons & vents are not just haphazardly slapped into the layout. A lot, and I mean a LOT, of time is spent making sure everything is aligned, spaced and positioned in a harmonious way. This makes the layout pleasing on a subconscious level, I believe.

Yet MORE drawings where the air vents, buttons and “ying yang” swoosh are being aligned to each other. There is also the complication of not being able to put certain things where you want them because of components inside the case, so I have to work around that as well. If I do it well, you won’t notice.

Side view determining the depth / walls of the case.

Computer drawing of all the sketches. This shows all the components. For routing, these files are “taken apart” and put through the CNC machine piece by piece.

For more in-depth coverage of how this unit was put together, check out the Original PS3 Laptop “Making Of”.