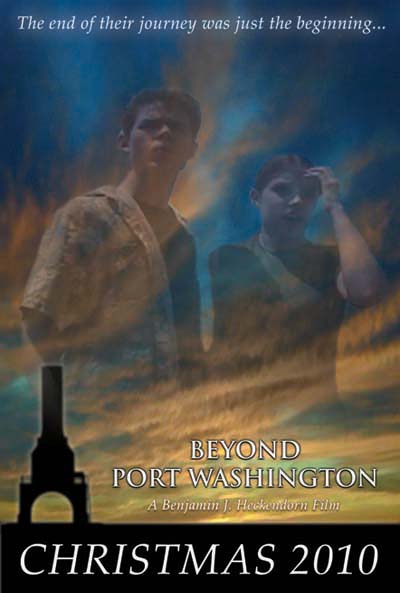 It’s official! Due to overwhelming demand the next Ben Heckendorn movie is going to be a sequel to one of our most popular titles called “Beyond Port Washington”.

It has been 5 years since the events of the first movie. Steve and Erica have been living together for a while now, things are going well, and marriage is on the horizon. However Mike has latched into a deep depression, much like Steve in the first movie, and has grown distant from his friends.

Living in New York, but back in the area on vacation, Ben decides to enlist the help of Steve and Erica to help Mike out. But after helping with some sneaky tricks, Erica realizes that Ben and Mike in fact influenced her love for Steve, and the cat’s out of the bag!

Now Erica questions the validity of her own relationship with Steve, but with a proposal looming can’t bring herself to tell him the truth. Meanwhile Ben embarks on a quest to find Mike’s dream girl – a mysterious World of Warcraft player known only as “hot_69_chik”.

Expect all of the madcap thrills, spills of laughs of the first movie with some new surprises along the way. The script, once again written by Ben Heckendorn and Dale Nauertz, has been underway since last fall and filming is slated to commence this summer. All major characters are returning.

Realistically we hope to finish it by Christmas 2010, I’m not going to kid myself with post production but I think if anything “Possumus Woman” shows we’ve sped the process up.