I am getting rid of all sorts of stuff I don’t want to move, and that includes the Possumus Woman costume! 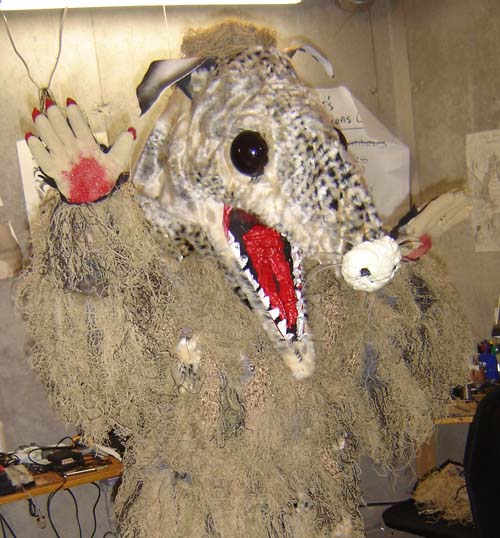 I never get attached to our movie props since they usually all get destroyed, so to me this is just one more piece of crap laying around. Besides, when we make “Possumus Man 3: Son of Possumus” in 2021 I’ll probably have some new ideas about a costume anyway.

COSTUME SOLD! Have fun with it!

Own a piece of movie history and impress all of your friends! Have fun…

A few production photos from this last weekend’s filming: 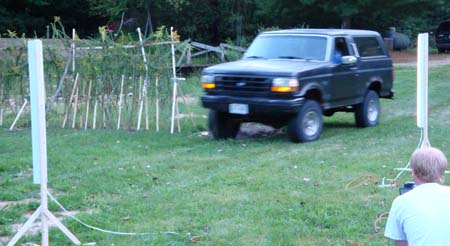 Doing a test run for the “drive through a wall of fire” shot. 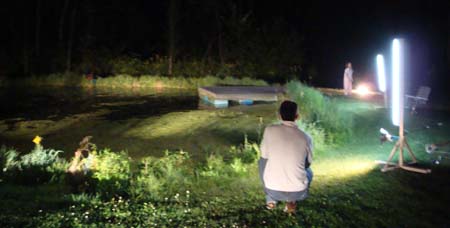 Night filming (ug) the scene where an escaped convict becomes the Possum Woman! 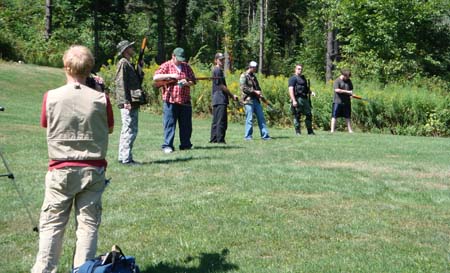 Rustic Resort survivors making a last stand to stop the possum in a scene with enough gunfire to make Charlton Heston blush.

This was probably the biggest shoot we’ve ever had on Ben Heckendorn film, mostly for the number of people involved for a single weekend. Nobody got hurt, we had enough pizza to go around and no fires got out of a control – what more could you ask for?

We now only have a couple scenes to go, which will hopefully be knocked out in the next week. My original “completion target date” is looking more likely than ever, you can learn more when the newest podcast comes out tomorrow, in which we discuss Xbox Live Achievements and the filming of Possumus Woman. See you then!