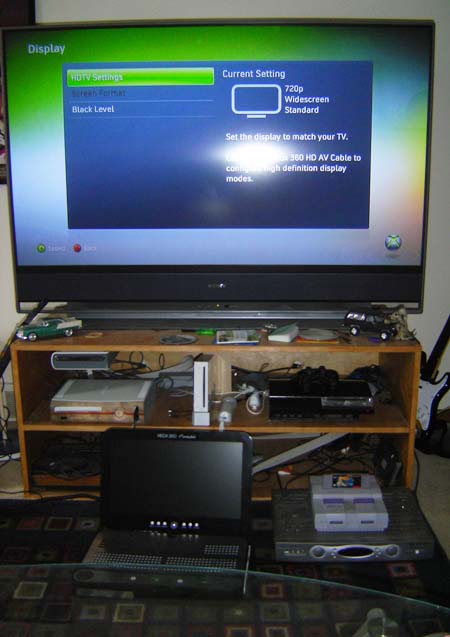 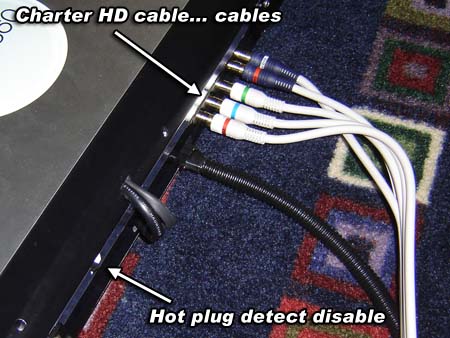 Component cables hooked up to the Xbox 360 portable

The first couple Xbox 360 laptops I built had a lot of output options besides the built-in screen… however they were also all analog (video). Recently I’ve been using HDMI-DVI cables for an all-digital picture, but this creates a problem if you want to have external outputs, such as component.

For a normal system this isn’t a problem, but with a laptop you can’t well disconnect the HDMI cables and what not. To find a solution to this problem, I experimented with a spare Xbox 360 to come up with this truth table: 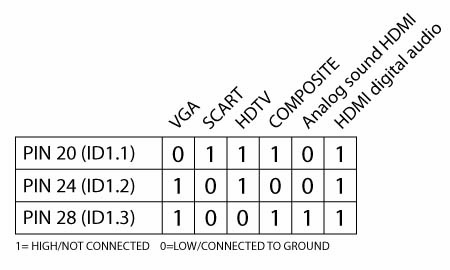 So let’s say you’re using an Xbox 360 with HDMI. The default is to send the audio over the HDMI cable digitally for the TV. However with the Xbox 360 laptops the screens don’t have an audio decoder (and they input DVI which doesn’t have that connection) so we need to manually tell the 360 that we want analog audio. Thus, in that case pins 20 and 24 are tied to ground. If you’re using HDMI but do not set any of the pins then analog audio will not be present on the A/V port.

Also please keep in mind all these tests are done assuming we’re not using any of the original A/V cables at all. As you are no doubt aware these often include TV/HDTV switches, and the little audio dongle included with the Elite sets the A/V plug to analog HDMI.

One thing cool about the Xbox 360 is that it remembers the last video setting you used for each mode. Thus if you’ve got VGA set to 1920×1080, then switch to component and go 1280×720, when you go back to VGA mode it’ll remember that was at 1920×1080. This is also true for going between digital HDMI and analog video. 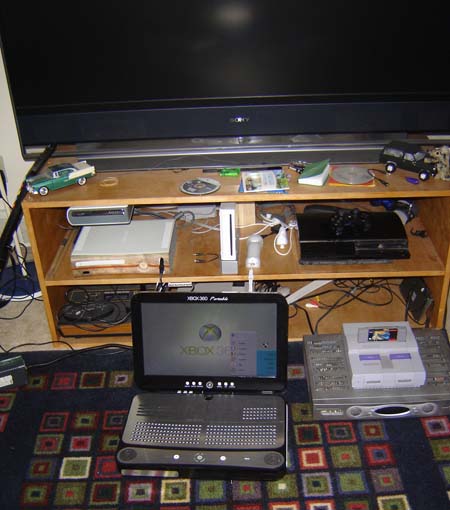 Quite the rambling blog entry huh? Anyway, to trick the XBox into allowing component video, even though the HDMI cable is plugged in and connected to an operational, powered-up screen is to disable or make switchable the HOT PLUG DETECT connection.

Check the links below for a comparison of the HDMI/DVI pinouts and the location of the HOT PLUG DETECT pins.

HDMI and DVI both have a pin called HOT PLUG DETECT which basically just goes to ground (through some caps and crap) on the screen device end. This is why even if the screen is unplugged (from the wall) it will still return that the cable is plugged in, since the ground in the screen is tied to the Xbox though the cable sheilding.

By putting a switch interrupt on HOT PLUG DETECT we can make the Xbox 360 think that the cable isn’t plugged into anything, and thus it will allow analog video modes to be used.This is easy to do on the Xbox 360 laptop since I used an HDMI-DVI adapter cable and then manually wire the DVI end to save space.

Please note that you cannot output both digital HDMI and analog video at the same time. Well I hope this article helped clear up Xbox 360 video outputs for anyone who’s been doing any modding involving that.