As many of you know I grew up during the 80’s and spent a lot of time with the fun 8-bit computers of those days. One of my favorites was the Apple IIgs, and when someone requested I build a portable version of it I jumped at the chance. 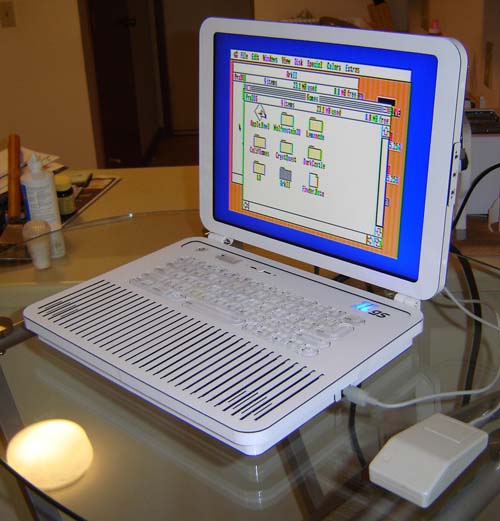 For more photos and details, see below. I’ll post a Making Of story in the near future… in the meantime you can also watch this amazing demo video I put together:

(Note: Music was the most “frolic-ey” that I could find)

Please note, as usual, this is a one-time custom project and thus I will not be making any more of these. It is a one-of-a-kind single project. But I am always open to new modding requests if you’d like to drop me an email. Variety is the spice of life! 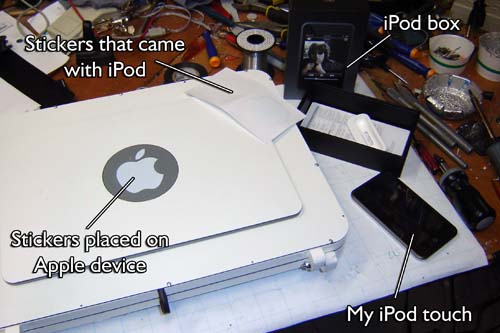 Luckily I had a nice Apple logo sticker laying around from my recent iPod Touch purchase that I could slap on this baby when done. It really ties the room together, so to speak.

Shot of the unit from below. This is a very good “emulation” of a sneak photo from CES, wouldn’t you agree? 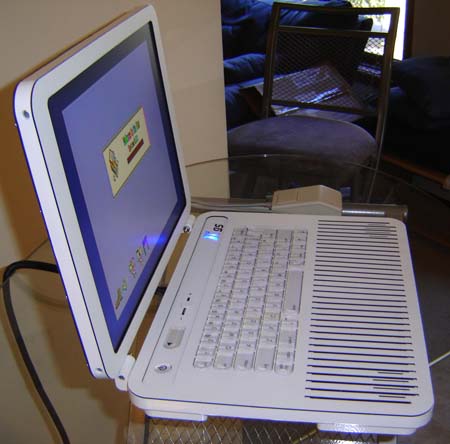 View from left. The basic idea with this unit was to make it look like an laptop that had been designed in the 80’s. The large amount of vertical air holes (basically pointless since this machine gets about as hot as your average pocket calculator) are meant to subconsciously remind the viewer of the fairly compact Apple IIc. You can see the speaker slits from this angle as well. 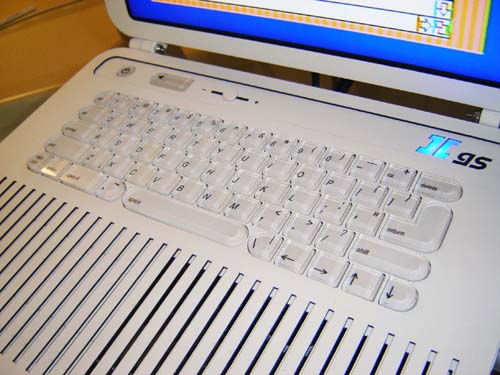 A closer view of the custom keyboard, one of my best looking ones but also fairly complicated to do. These keys are .188″ thick acrylic with the letters laser-etched onto the fronts. This etching was then painted black. Each key was masking taped again (ug) and their backs were painted white. Finally each key was attached to a thin, sticky backing which holds them all in place for the PCB which contains the switches.

Note: Upon taking apart the original IIgs keyboard (also used on old Mac Classics) I must say that it is without a doubt the best built keyboard I have every come across in all my days. 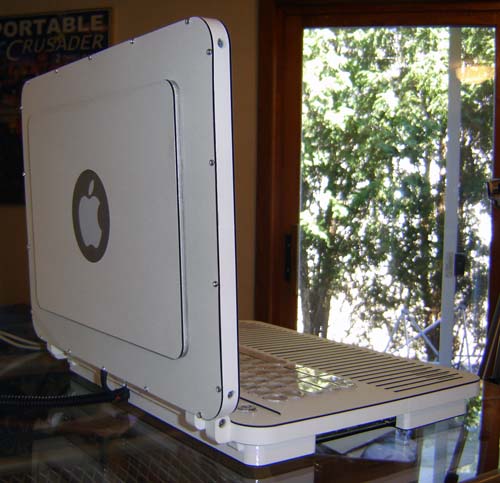 Unit opened shown from the back. Dimensions when closed are 14″ x 10.375″ x 2.25″ (not quite small enough to fit in an envelope, sorry) There is a slightly raised section on the screen lid to allow for the decoder circuit board on the LCD. In technical terminology that makes it a “design feature”. 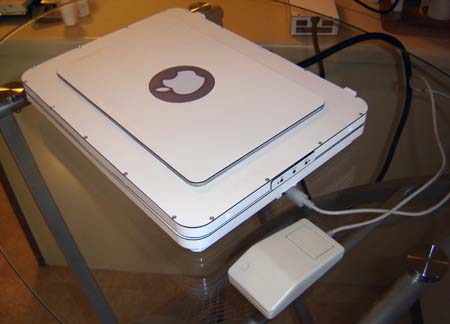 View of the closed unit. The small buttons on the screen lid (above the mouse port here) let you adjust color, brightness, etc. The screen once again comes from good old AEI Components. 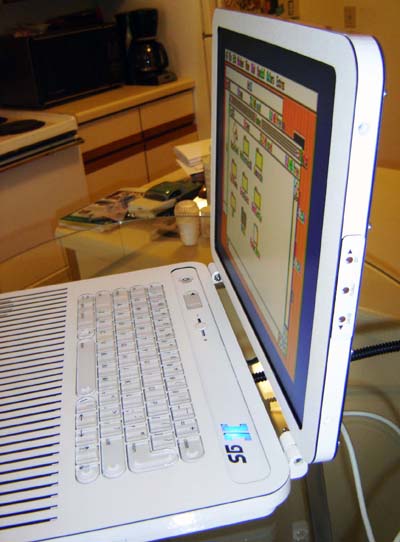 Side view, with bright blue light. I choose blue because it’s the most monochromatic color in my opinion. (Which is suspect as I am slightly colorblind)

Unit closed, rear. You can see the external power supply jack in this view, as well as the cable connecting the halves. Note to self: I need to update my hinge design one of these years… 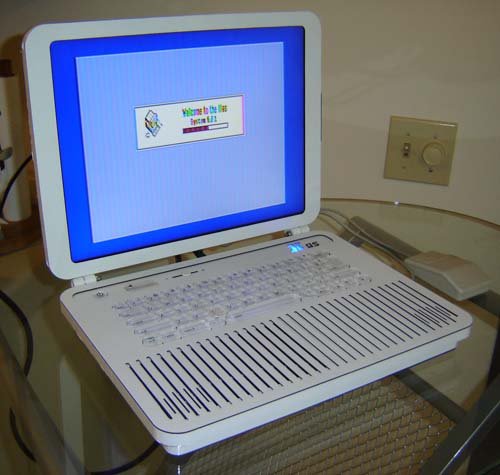 The IIgs, booting up. Fun fact – this computer has the same CPU as the Super Nintendo.

Close up of the floppy drive/joystick ports. These are in their original positions on the motherboard, and a hole in the case gives us access to them. As a fun fact, I am now using, on average, all size 2 or 3 screws in my projects. Started with 6’s, moved onto 4’s around 2003, been going smaller since. McMaster-Carr is a great place to order screws and stuff in bulk. 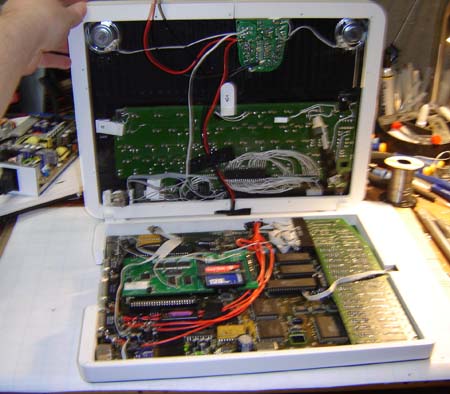 Preview of the insides, before the upcoming “Making Of” story. Note the re-wired right-angle memory expansion (right) and right-angle Compact Flash reader (center). I even had to rewire the DIP 40 controller IC on the keyboard for the best fit. Why? Because… that’s what I do!

That’s it for now but I’ll try and throw together a “Making Of” story within the next week. Hm, by my count this only leaves ONE classic 8-bit computer left for me to mod… (No, not the MSX)