Well of course I couldn’t resist grabbing one of these, and since I need parts anyway for an upcoming contest, why not? 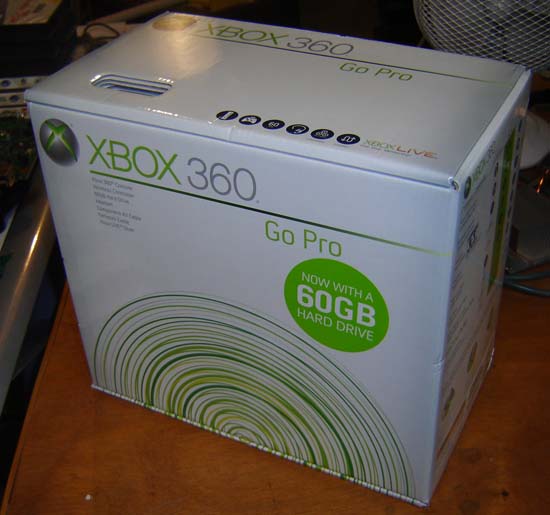 “60 GIGA PRO-GEAR SPEC” would be a lot catchier.

The big question of course is whether or not this unit has the new 65nm GPU… check out the photos below to see!

The box. They stuck on a sticker, but the box print has 60 on it as well. I would have put an exclamation point after “hard drive!” but that’s just me… 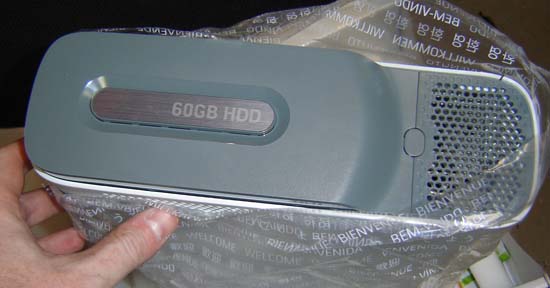 There it is. Now your Xbox can have the same size hard drive as a 4 year old laptop. Personally I don’t see why the Xbox & Ps3 are so hung up on hard drive space, you either have one, or you don’t (ahem Wii) I never even filled up my old 20 gig’er, personally…

Looks normals so far. Current 65nm CPU & heatsink… same old “super” GPU heatsink. I bet a lot of the cost reduction on the 360 was getting rid of the old heatpipe/copper CPU… copper is pretty costly these days! 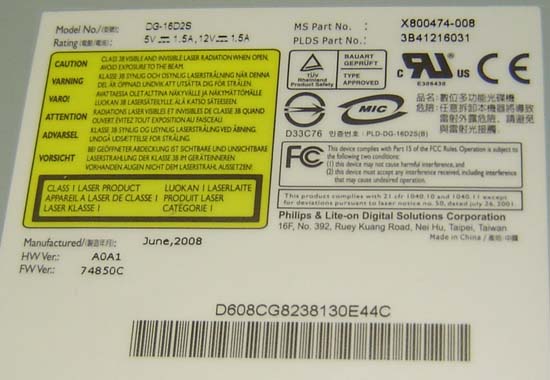 A close-up of the DVD drive specs, for those who care. 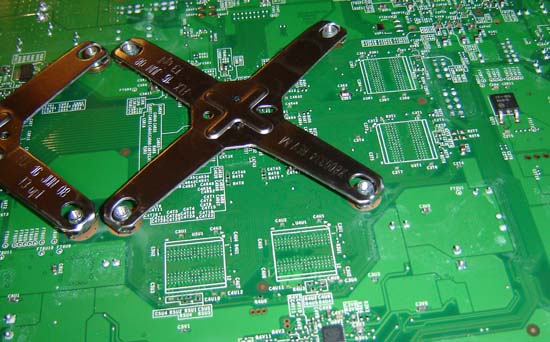 Ah, I have found a difference! This is the first Xbox 360 I have seen that does not have the bottom-mounted memory chips. I had heard on the interwebs these have been a heat problem in the past (or moreso that people fixed problems by improving their heat sink to the case) so I’m sure this will help performance as well as aid cost reduction. 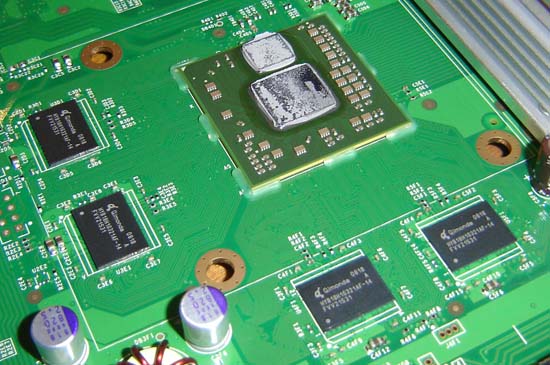 And here’s the GPU… and it’s the same. Can’t say I’m surprized… the first Elites didn’t even have the improved GPU heatsink, and the 65nm CPU’s didn’t roll out (or rather because easily obtainable) until about 4 months after they were of supposed to have appeared. 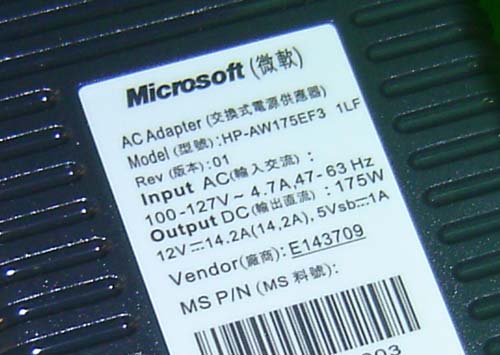