I’m building one of those PS3-controller-in-a-360-shell things again for a customer and this time we’re using the upcoming Dualshock 3. 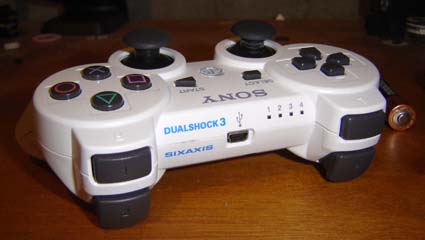 Since some of you may be interested I took the liberty of photographing the guts and documenting the differences between this and the older Sixaxis. Check it out below… 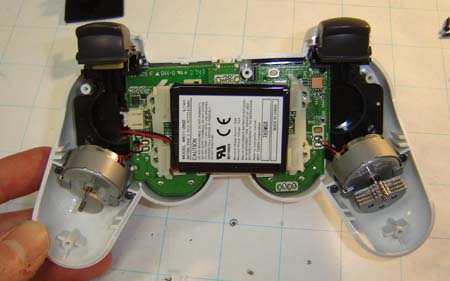 Controller with the back off. It comes apart the same as the Sixaxis, complete with the lock tab between the analog sticks. Of course immediately we see the rumble motors. Pretty standard, though for some reason they look a bit cheaper than motors in the Dualshock 2/Xbox 360/etc. The Dualshock 3 itself is not much heavier than the Sixaxis and still lighter than a wireless 360 pad. 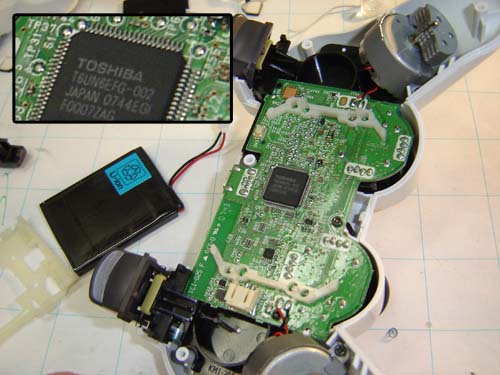 After removing the battery (same as the Sixaxis) I received a shock. The main IC in this thing… built by Toshiba! Yes, Toshiba, Sony’s arch-nemesis rival during the HD Wars of 2006-2008. I haven’t been this shocked since I found a Microsoft logo inside an Apple IIgs! 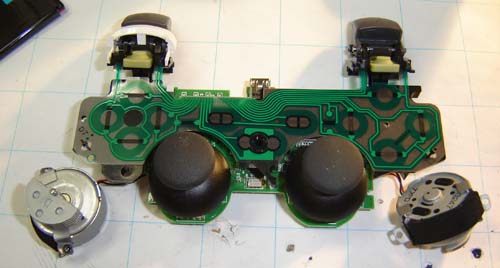 The front of the PCB. Like the Sixaxis and most Dualshock 2’s the buttons are all on a membrane pad that connects to the PCB via a small slot. 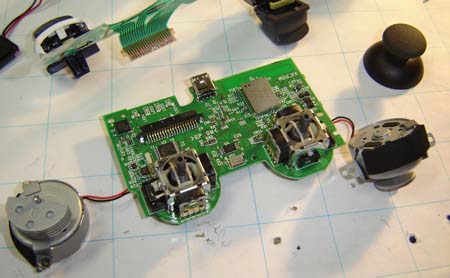 Again, the same. Main difference is that the accelerometer, which used to be separate from the PCB and connected via a few wires, is now surface-mounted to the front of the board (small black thing, upper left corner). Interestingly, there’s an empty spot on the back of the board behind it with traces and pads where apparently it could also have gone. 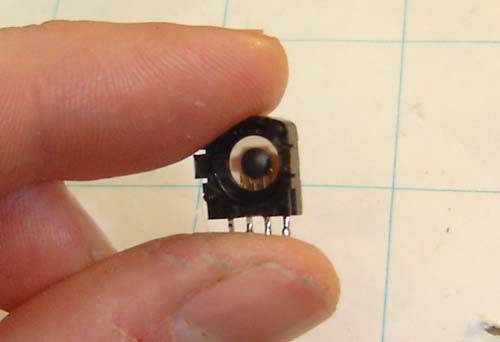 Unlike every other analog stick I’ve come across (save for the Dreamcast and its Hall-effect analogs) the Dualshock 3 does not use simple potentiometers. Instead there’s 4 pins and some sort of glop-top sensor, shown above.

Here’s the analog stick part with the sensor removed. I suppose these are better because no moving parts are used. Interesting to come across.

Well that’s about it for this. I’m hoping to have the Dualshock 360 controller done in time for the Midwest Gaming Classic 2008, at which I will be speaking on Saturday at 3 PM.

22 thoughts on “Inside the Dualshock 3 controller”