I’ve built a wireless Xbox 360 controller that can be used with 1 hand: 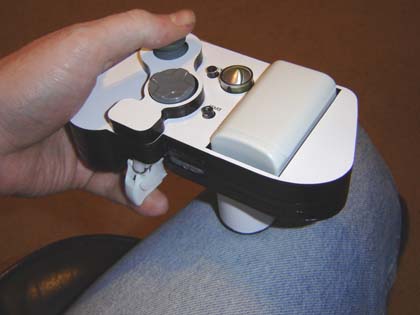 I built this by request for a serviceman injured in Iraq. It’s a left-handed version which works by setting it on your knee. Thus, tilting the controller against your leg acts as the right analog stick, which was the trickiest part of the controller to replicate. Most of the buttons are on the back and are pushed with your middle and ring fingers. For more pictures of the controls, guts and the story of how I put this together click the link below.