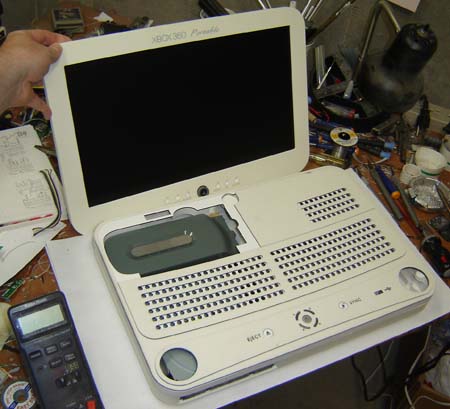 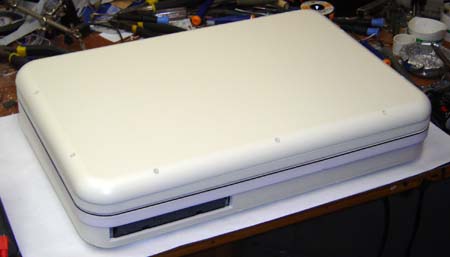 Here is the unit when closed. The big difference you’ll see is the curved bevel edges, both top and bottom. The black slit in front is the DVD tray. Remember this unit is a blank matte white because it’s going to be painted with custom artwork (not by me) as part of the contest. 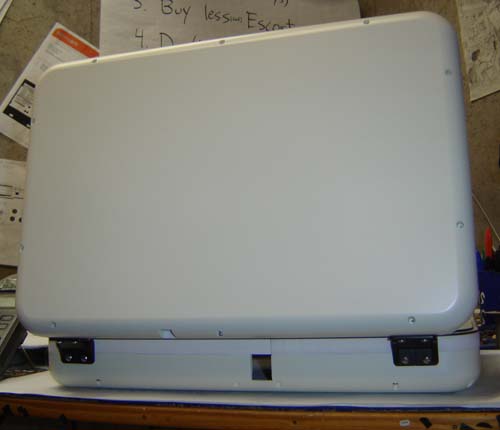 Back of the unit open. Again, it’s a blank white so art can be applied. 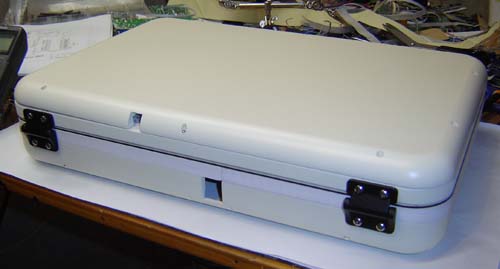 Unit closed. It uses 2 friction hinges from McMaster-Carr, which is one of the best websites around. There isn’t an actual catch when it is closed, just the force of the hinges (kind of like a DS) 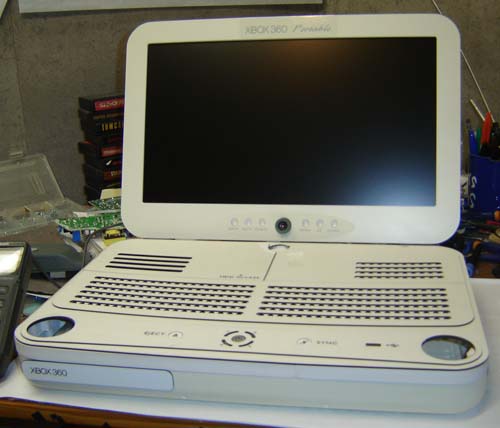 Unit opened with the hinges properly attached. The insides are quite flush and flat, including the eject, power and sync buttons. There is a well for the Xbox Live Vision camera to rest inside of when closed. Graphics and labeling on this unit is minimal. Also there are enough air holes in the design to make a Swiss cheese factory blush. 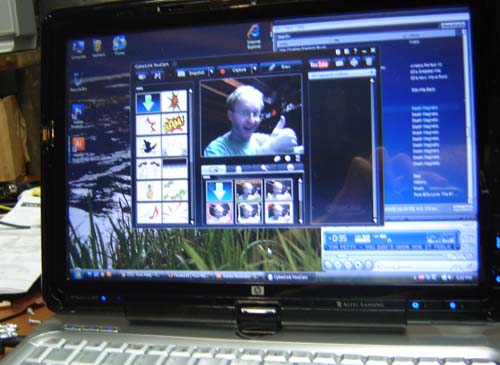 One thing I like about Xbox is you can plug a lot of the stuff into a laptop for quick testing. Here I an seeing if the camera mount position is good – appears to be!

45 thoughts on “Sneak peak at the THQ laptop prize”