Did you know I also design my own furniture? 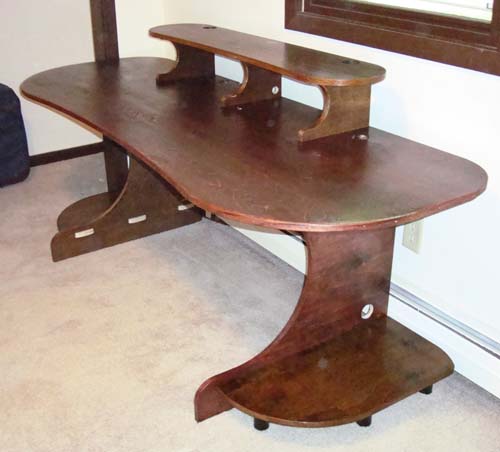 Behold SUPER DESK! Routed from 1.5 sheets of 3/4″ birch veneer plywood, it is the pinnacle of 21st century desk engineering. It easily comes apart into pieces making moving a snap! For more pics and info click below.

While building this I wondered “Would anyone buy Benheck-designed furniture?” The parts could be routed, shipped to the customer with the plans, and they could sand, stain and assemble in the comfort of their own homes.Something like this would probably be around $300+shipping. Crazy idea? Good idea? Let me know!

Want the plans? Here they are, go nuts!

In other news, I realize there has been a lack of updates lately. This is because I am moving across town, getting ready for Games for Health in Boston, building 2 new Xbox 360 laptops, a new C64 laptop using the 1541-III Ultimate, and finally a new Pelican case Xbox 360 as well. We’re planning to record new podcasts this weekend so keep your shorts on, OK? 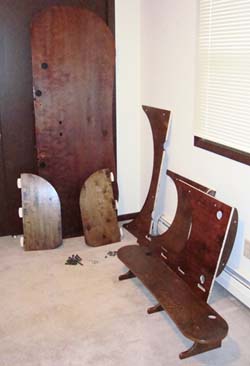 Super Desk in pieces, with a pile of 3″ long 1/2″ bolts/nuts for assembly. Parts include main desk surface, two side pieces, rear brace and 2 side “wings” to hold the PC, printer, trash can etc. Unlike IKEA crap this desk was made from quality American plywood (the sawdust from which becomes IKEA furniture). 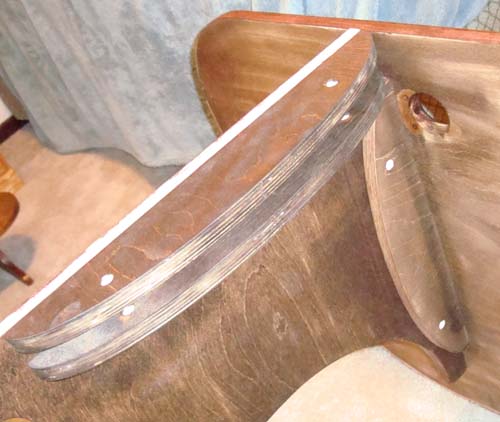 The side pieces being slotted into the main surface. The idea here was to make assembly simple, so the desk could be broken down into pieces for easy transporting. Could be handy for college kids who move every summer! Being a Benheck design, the desk is filled with circles and curves and follows a theme of fractal geometry. 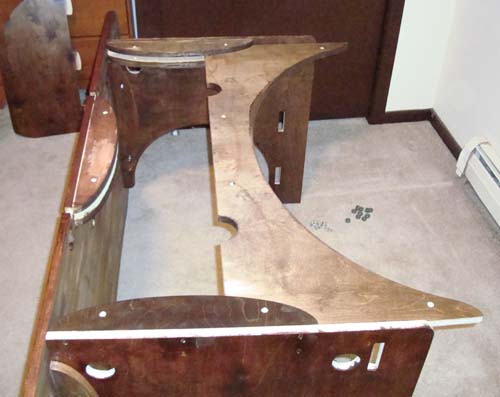 Slotting the rear brace into the sides. There are holes everywhere on this thing (all symmetrically placed of course) so you can easily thread cords all over the place. As you can tell, I only stained the parts I knew people would see, a lazy habit that recently bit me in the ass when I moved my custom TV stand. 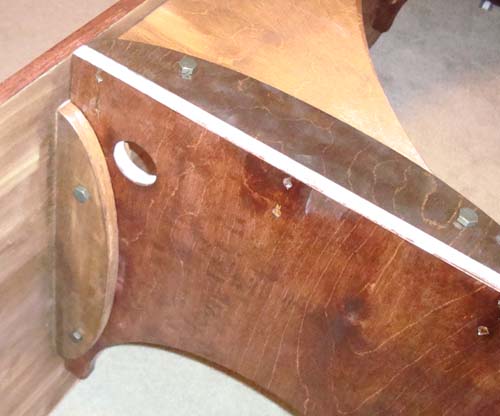 Here you can see the parts of the desk bolted together. There are (5) total flanges requiring 10 bolts/nuts/lock washers. They were actually pretty cheap, I went to Farm & Fleet, don’t tell the folks at Ace. 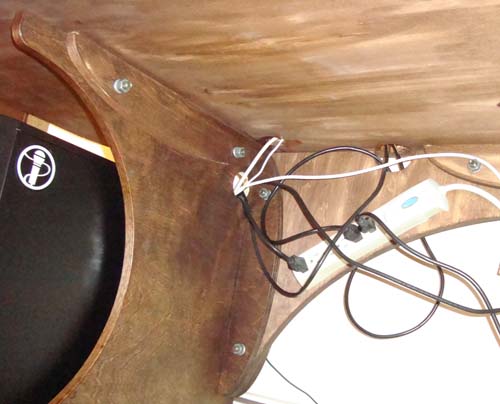 Here you can see the bolts holding the flanges together – I thought about using wing nuts but they were quite a bit more expensive than plain nuts. Note the power strip mounted at a 45 degree angle – pretty swank, eh? 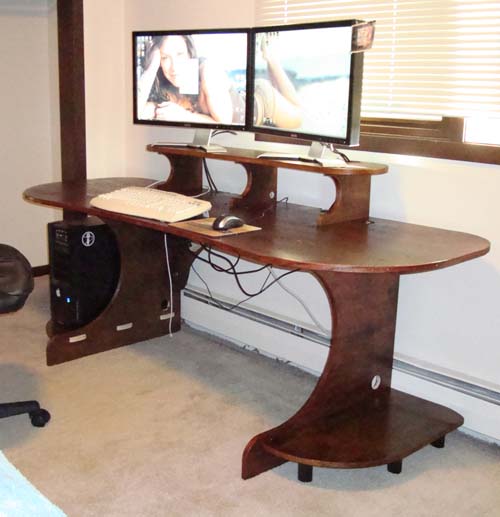 Finished desk with computer. Obviously this was designed for my dual-monitor setup, but other designs are possible. (Evangeline Lilly wallpaper not included)