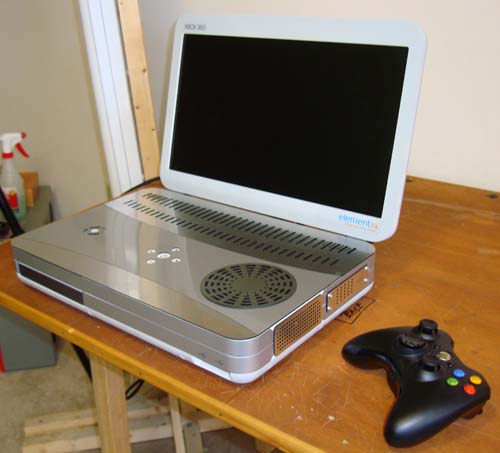 You knew this was coming – the Xbox 360 Slim Portable. Big differences compared to my older models:

Not so big differences:

The construction of this unit is being covered over the first 6 episodes of The Ben Heck Show so be sure and check it out to learn how I put this thing together. This is the actual unit that is up for grabs as part of their contest, so one lucky winner will take this puppy home!

I’m actually building 3 of these so besides the giveaway unit the 2 others are available to buy – if interested please email me.

For more photos, check the rest of this entry. Enjoy, and we’ll see you on the show! 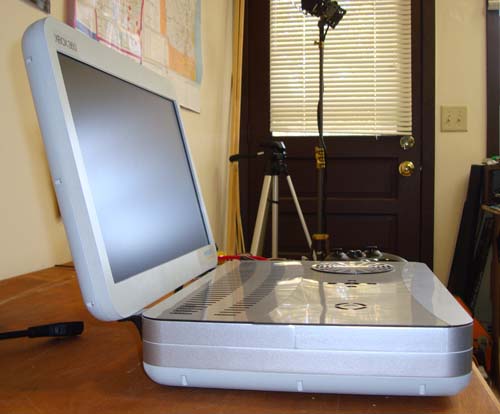 Side view. The unit is gray and metallic throughout. I find colors overrated. Shape is king, and contrast the queen. 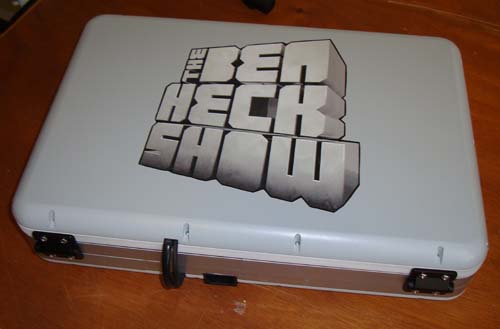 Unit has Ben Heck Show and element-14 branding as part of the promotion. A one-of-a-kind item! 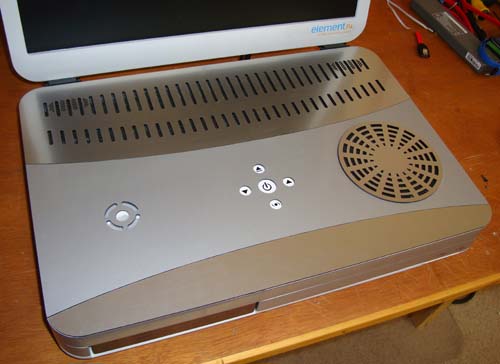 The two-tone inner design is meant to be as symmetrical as possible and also resemble the old Xbox 360 shape. Button controls include eject & power (touch sense), volume and sync (tact switch). 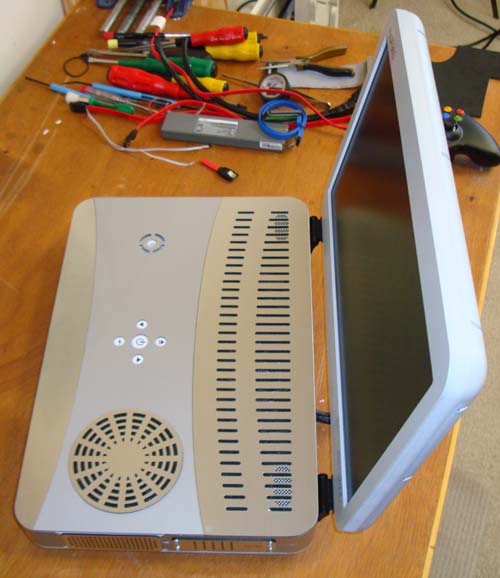 Along with a ton of vent holes (hey, they look cool and KEEP it cool) you can see the smaller additional holes for the stereo speakers. The audio quality on this unit is much better than in the past, same circuitry, just a lot less noisy (physically and electrically) fans. 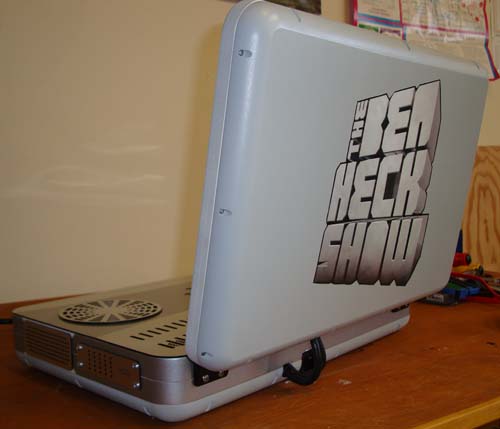 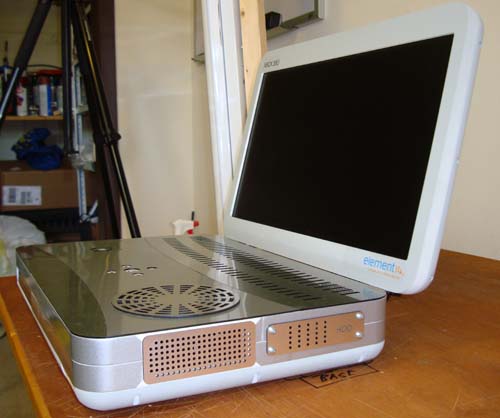 On the side – more air holes and a removable panel to pull out the hard drive. I’m sure it wasn’t Microsoft’s intention to make the Slim easier to mod, but it sure was a result of it. There’s more SATA and less proprietary connectors on this thing, plus an internal Wi-Fi. 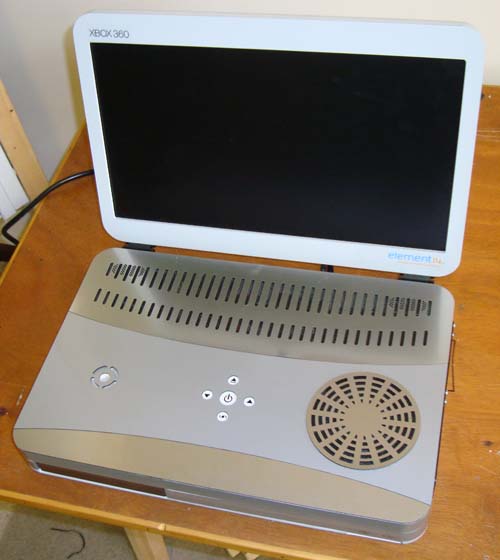 A personal best – once routed, the case required almost no “knife tweaking” to make things fit. Just had to carve one small bit for the Ring of Light ribbon cable. BTW the rings can’t turn red now, but the center “on” light can. This can be caused by lots of things such as swapping the SATA cables or booting with no DVD drive. The internal speaker also makes error sounds though I didn’t bother looking up what they meant.

For more information, designs and the complete How-To, be sure to watch The Ben Heck Show now on Revision3 and Element14!